Beginning in the early hours of Friday, residents will be mandated to stay at home for two weeks after 8,000 cases were recorded in the city during the latest virus wave.

Prior to this outbreak, which began in late April, fewer than 3,000 cases had been recorded across Vietnam.

Although virus clusters have appeared up and down the country, including in the northern industrial provinces of Bac Ninh and Bac Giang, home to factories supplying Samsung and Foxconn, Ho Chi Minh City has emerged as the epicentre of the wave.

"To quickly control the COVID-19 pandemic, Ho Chi Minh City is determined to be tougher," he was quoted as saying as he announced the lockdown.

Residents will be allowed to leave home only to buy food or medicine, state media said.

At least 10 cities have suspended their airlinks with Ho Chi Minh City, formerly known as Saigon, and panic buying was reported on Wednesday as three major wholesale markets were shut down.

More than 80 infections have been recorded at the city's Chi Hoa jail, affecting both guards and inmates, state media said. Gunshots were heard from inside the prison Tuesday, though it remained unclear what had happened.

Vietnam was once a model for virus containment due to its extensive contact tracing and strict quarantines, but it has struggled to procure and roll out vaccines.

According to the Ministry of Health, Vietnam, which has a population of close to 100 million, has administered under four million doses of COVID-19 vaccines.

The country has said it wants to reach herd immunity by the end of the year or early 2022. It is developing its own vaccines, and has ordered millions of doses from abroad.

The United States said Tuesday it had sent Vietnam two million doses of the Moderna vaccine - part of an initial 80 million doses that President Joe Biden has pledged to allocate worldwide. 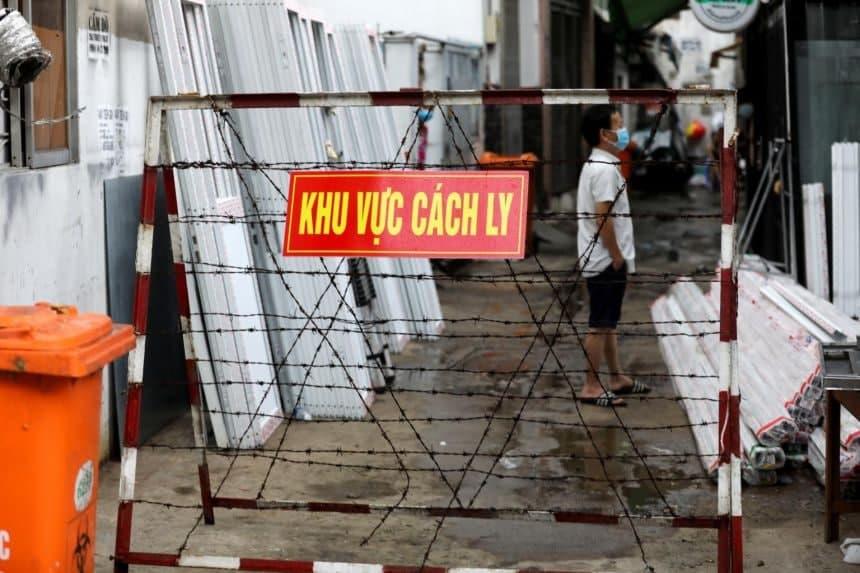