TAIPEI, July 19 (Reuters) - Taiwan's government on Monday (Jul 19) approved the emergency use and production of Medigen Vaccine Biologics Corp's COVID-19 vaccine candidate, a major step in the island's plans to develop its own vaccines to protect against the coronavirus.

The vaccine candidate has yet to finish clinical trials and no efficacy data is available, but Taiwan's health ministry said studies so far have shown that antibodies created by the shot have been "no worse than" those created by AstraZeneca's vaccine.

Taiwan-based Medigen said last month it was seeking a speedy emergency use authorisation from the government for its vaccine candidate after safely completing Phase 2 trials.

Developing its own vaccine has been a major goal of Taiwan's government, though it also has ordered about 20 million shots from Moderna, AstraZeneca and the COVAX global sharing scheme.

The health ministry said there were no major safety concerns during clinical trials in Taiwan of Medigen's vaccine candidate.

It added that Medigen had to present a monthly report on safety for the vaccine candidate, MVC-COV1901, which is designed for people aged above 20, who will get two shots 28 days apart.

Health Minister Chen Shih-chung told reporters that with the emergency use authorisation approved, it would now take some time for the company to ramp up its production.

"There should be a small amount of supply available in August," he added.

Medigen's shares closed down 1.35 per cent on Monday before the announcement, compared to a 0.6 per cent fall in the broader market .

The recombinant protein vaccine has been developed in collaboration with the National Institutes of Health in the United States.

Taiwan's government in May signed deals with Medigen, and another firm developing a domestic vaccine, UBI Pharma, for 5 million doses each, and has agreements for another 5 million each, for a total of 20 million shots.

The emergency use authorisation for UBI's vaccine candidate is still pending.

Taiwan has massively ramped up its vaccination programme in the last month following the donation of almost 6 million vaccine doses from Japan and the United States and the gradual arrival of vaccines directly ordered from manufacturers.

Around 20 per cent of Taiwan's 23.5 million people have received at least one of the two-shot vaccine regimen.

Taiwan now has the coronavirus under control after domestic cases spiked in May.

Chen said it was "possible" Taiwan would lower its COVID-19 alert level next week, under which personal gatherings are currently restricted and entertainment venues closed. 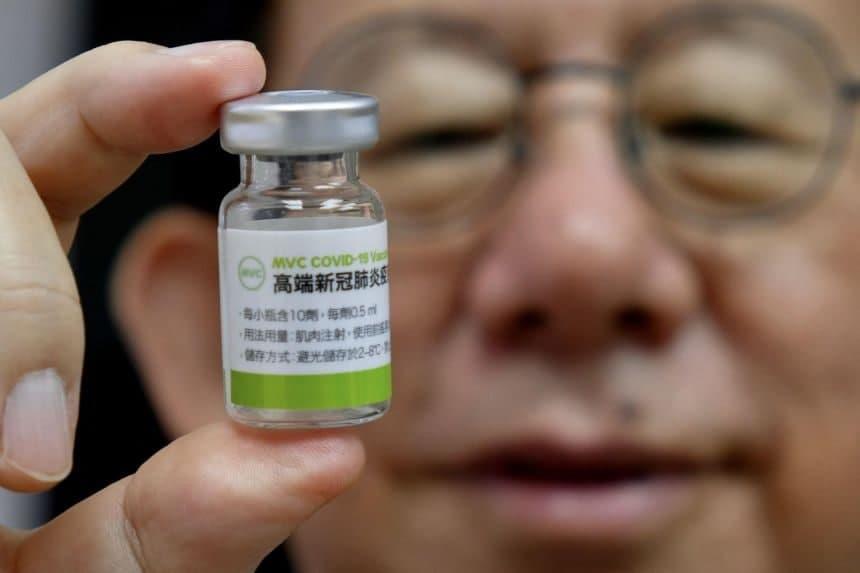