BEIJING, July 21 (AP) - Heavy rainfall in central China's Henan province has killed 12 people in its capital Zhengzhou and has led to the relocation of about 100,000 people to safe zones, state media Xinhua reported on Wednesday (Jul 21), citing the local government.

Both Henan province and Zhengzhou municipal meteorological bureaus raised the emergency response for the disaster to level 1, with forecasts predicting heavy rains in the province to last until Wednesday night, Xinhua reported.

The already drenched city of Zhengzhou, the capital of Henan province, was hit by 20cm of rain from 4pm to 5pm, the official Xinhua News Agency said, citing the Henan weather agency.

To the north of Zhengzhou, the famed Shaolin Temple known for its Buddhist monks’ mastery of martial arts was badly hit. Henan province is home to many cultural sites and a major base for industry and agriculture.

Stranded people were spending the night in their workplaces or checked into hotels.

Wang Guirong, a 56-year-old restaurant manager, said she planned to sleep on the couch in her restaurant after being told there was no power in her neighbourhood. “I have lived in Zhengzhou all my life and have never seen such a heavy rainstorm as today,” Wang said.

The State Grid Zhengzhou Power Supply company said a downtown substation was forced to shut down because of the rain.

China experiences regular flooding during the summer, but the growth of cities and conversion of farmland into subdivisions has raised the impact of such events. 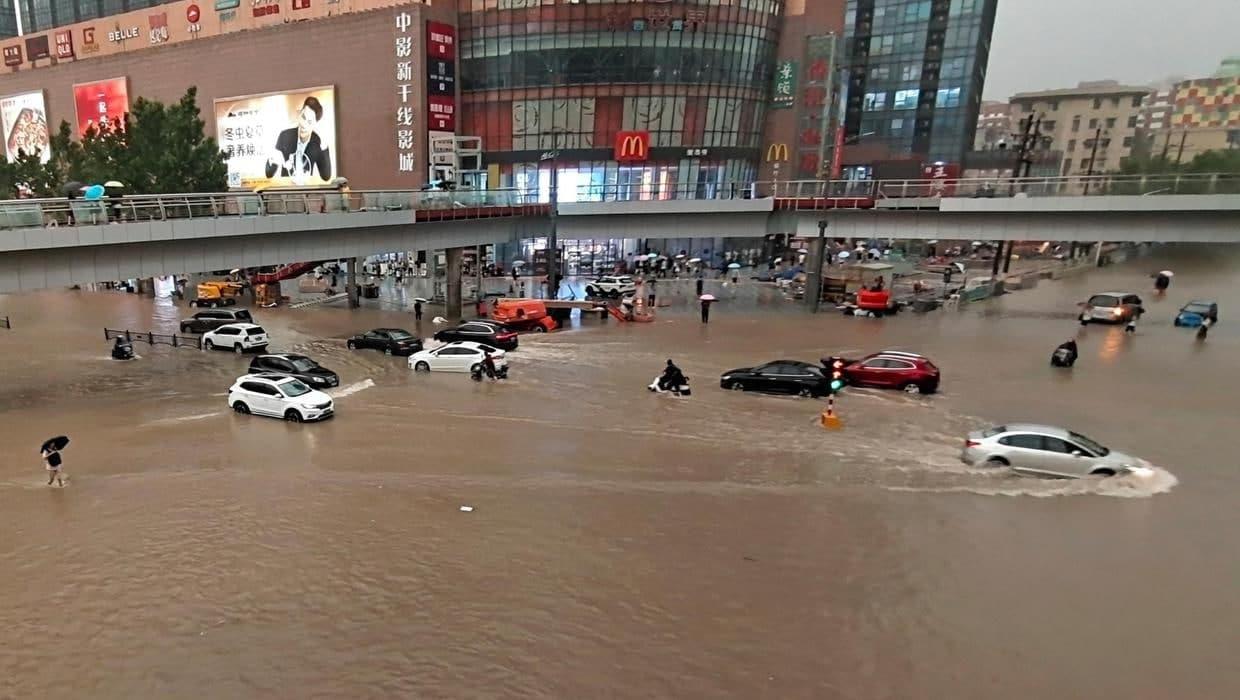