BANGKOK, July 21 (The Nation Thailand) - Facebook users on Tuesday shared photos of an unidentified man wearing a purple shirt and black pants who reportedly passed out at 10am on a street near Wat Bowonniwet Temple in Bangkok’s Phra Nakhon district. Rescue staff were called and arrived at 2pm, only to find that he had already died.

Suspected of contracting Covid-19, the body was left on the street waiting for specialised collection by medical personnel, who arrived only at 10pm due to other urgent duties in Kannayao district.

After collecting the man’s body, officials were immediately called to pick up another body of a man who was found dead at 6pm on the sidewalk on Ratchadamnoen Klang Avenue. Suspected of contracting Covid-19, his body was also left there until specialised staff in PPE outfits arrived at 10.30pm.

A news source revealed on Wednesday that there were two other cases of men being found dead on the streets of Bangkok – one in front of Lotus Rama IV in Thong Lor district and the other on the sidewalk on Hathairat Road in Khlong Toei district.

“Officials suspected they all died of Covid-19 and were homeless as they had no record of residence, and no relatives have shown up yet to claim any of the bodies,” the source added. 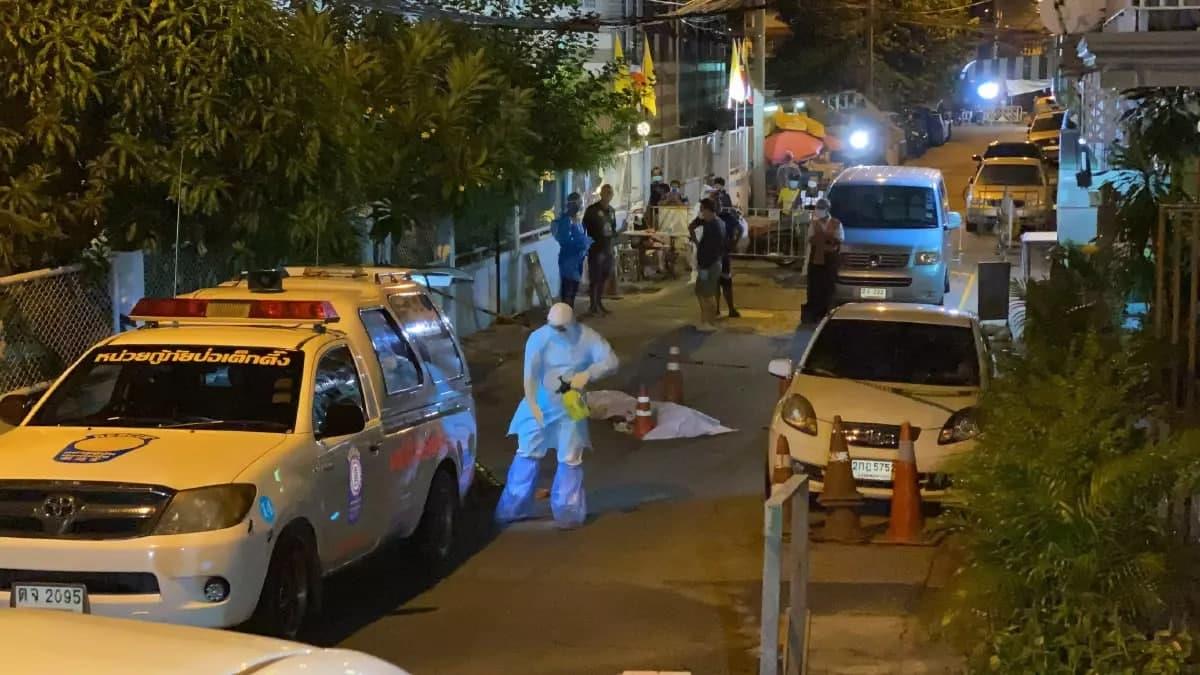