SEOUL, July 22 (Reuters) - South Korea on Thursday (Jul 22) reported another daily record of 1,842 COVID-19 cases, as it struggles to tame its worst-ever wave of outbreaks amid rising infections nationwide fuelled by the more contagious Delta variant.

The latest numbers include 270 sailors on an anti-piracy navy destroyer patrolling the waters off Africa who were flown home on Tuesday after being infected with COVID-19.

Authorities are considering expanding the restrictions imposed for the capital Seoul and neighbouring areas last week, as small clusters continue to emerge nationwide.

About 64.3 per cent of the 1,533 domestically transmitted cases came from regions beyond the greater Seoul area, the highest level since the country's first COVID-19 wave erupted from a church in the southeastern city of Daegu.

The numbers for the Seoul metropolitan area have slightly dropped from more than 80 per cent, following restrictions such as a ban on gatherings of more than two people after 6pm. 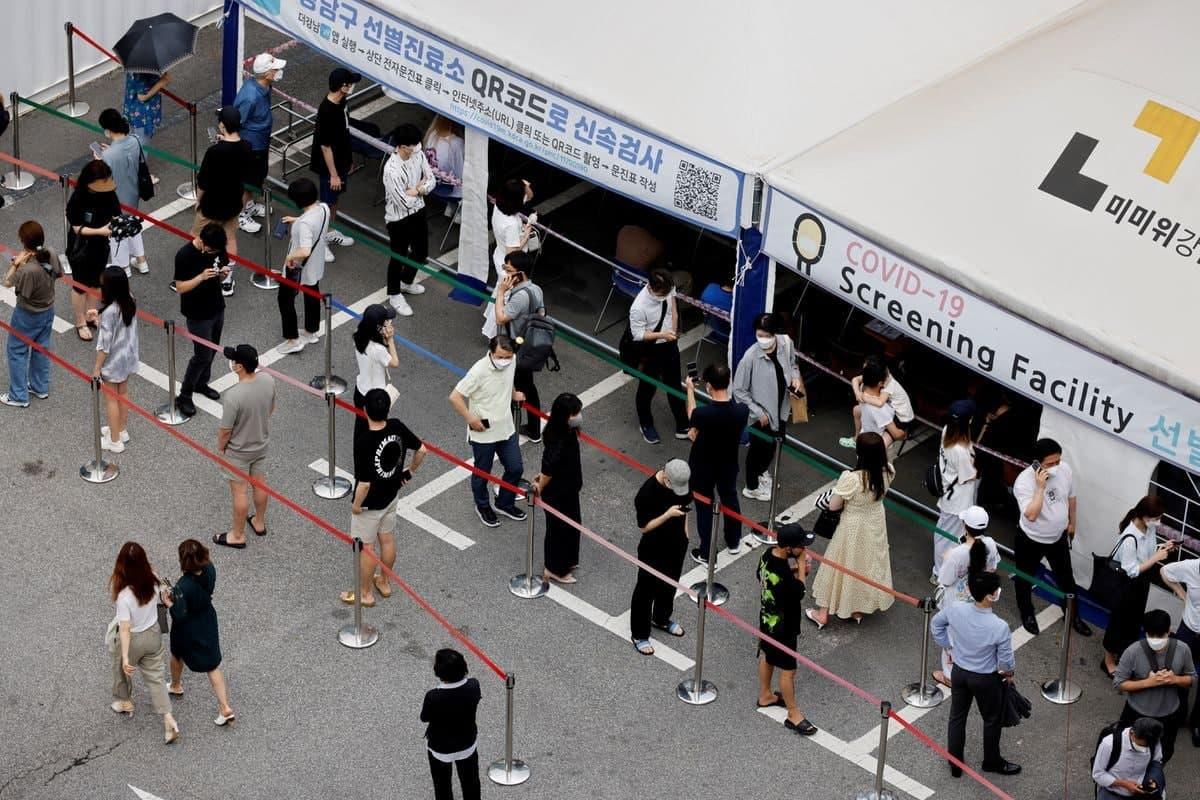