MOSCOW, Sept. 2 (Xinhua) -- The Kremlin said on Thursday that U.S. plans to provide military assistance to Ukraine could prompt Kiev to opt for a coercive settlement of the Ukrainian crisis.

"We believe that this could potentially be the cause of Ukraine's unpredictable actions in the form of attempts to forcefully resolve the internal conflict in southeast Ukraine. This is very dangerous," Kremlin spokesman Dmitry Peskov told a daily briefing.

He said that Russia strongly opposes "Ukraine's Euro-Atlantic aspirations" that have been supported by the U.S. side.

The spokesman recalled that the Russian president has repeatedly spoken out against the North Atlantic Treaty Organization's expansion and military build-up close to Russian borders.

Peskov said that it was unfortunate that the U.S.-Ukraine relationship is primarily marked by a hard stance against Russia.

"They are friends not for themselves, but against Russia. This can also cause only regret," he added.

The United States and Ukraine have signed a Strategic Defense Framework agreement, which is set to define a new stage of bilateral cooperation in the field of defense and security, the Ukrainian presidential press service said Wednesday.

The deal inked during the visit of Ukrainian President Volodymyr Zelensky to Washington creates conditions for a significant strengthening of bilateral cooperation in defense and provides international legal support from the United States for the sovereignty, territorial integrity and independence of Ukraine, said a statement on the Ukrainian presidential website. 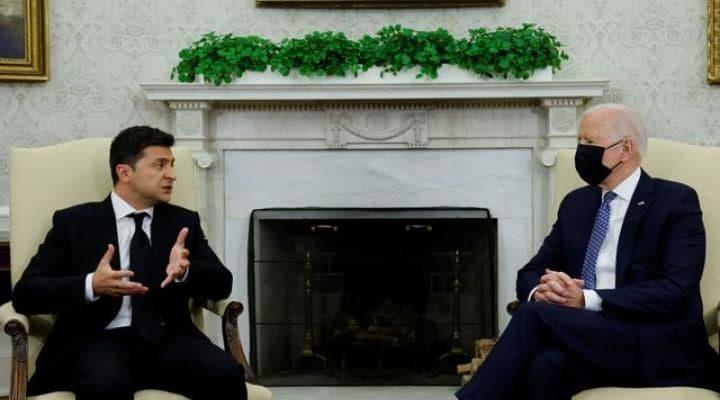