TOKYO, Sep 6 (Reuters) - Japanese voters strongly support Taro Kono, minister in charge of fighting COVID-19, becoming the next prime minister, a second opinion poll said on Monday (Sep 6), as potential candidates prepare announcements that they will contest the leadership of the ruling party.

Prime Minister Yoshihide Suga's shock Friday announcement that he was stepping down has thrown a ruling Liberal Democratic Party (LDP) leadership race set for Sep 29 into disarray, with a wide array of candidates set to vie for the top job. The LDP's majority in parliament guarantees the winner will become prime minister.

According to the survey by the Yomiuri Shimbun daily, 23 per cent of respondents said Kono, the minister in charge of vaccines, was the most suitable person to take over - echoing a Sunday poll that had 31.9 per cent favouring Kono.

Kono held a narrow edge over former defence minister Shigeru Ishiba, with 21 per cent. Former foreign minister Fumio Kishida, who has already formally announced his candidacy, trailed with 12 per cent.

A former foreign and defence minister, the 58-year-old Kono, educated at Georgetown University and a fluent English speaker, has built a popular following among young voters with an active social media presence in two languages, with 2.3 million followers on his Japanese page alone.

Kono has long been a favoured candidate for prime minister and has made no secret of wanting the job, but party elders are wary of him for his outspokenness and reputation as a maverick. Others feel he is still too young for the job.

Over the weekend, though, one TV network reported that Kono had gained Suga's backing.

With no clear front-runner at this point, the actions of Suga's predecessor Shinzo Abe are being closely watched. Abe quit the premiership last year due to ill health but still retains influence in the party's two largest factions and among conservative lawmakers.

But Monday's Yomiuri survey had Takaichi trailing badly at 3 per cent - just behind Abe himself, at 5per cent. 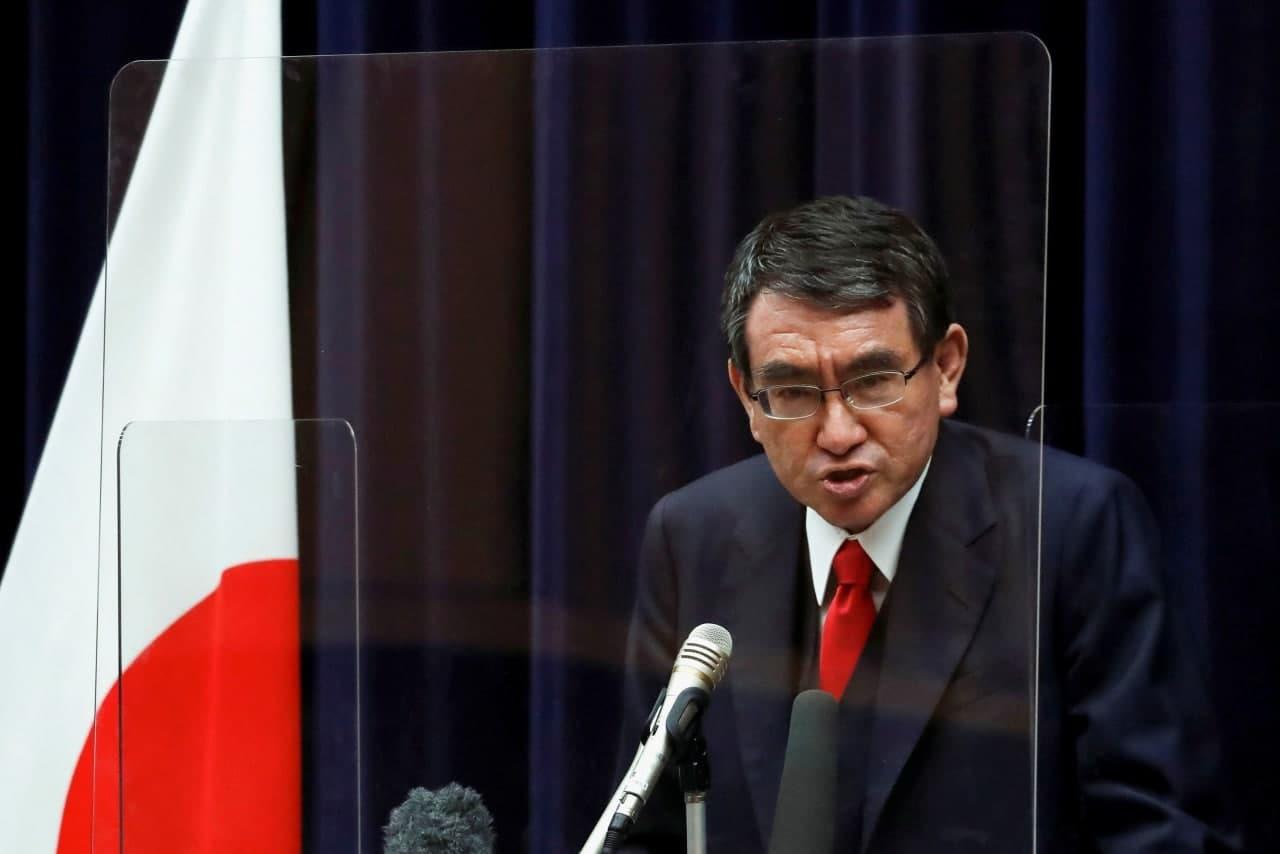