MANILA, Sept 8 (Reuters) - Philippine Senator Panfilo Lacson on Wednesday declared his candidacy for next year's presidential election, the first to confirm a run for the top post to replace the controversial but popular incumbent Rodrigo Duterte.

Former police chief Lacson, 73, made his announcement alongside Senate speaker Vicente Sotto, a former actor, musician and four-term lawmaker who will be his running mate in the vice presidential contest.

"Between me and Senate president Sotto are more than 80 years of honest, dedicated and competent public service," Lacson said, drawing cheers from a small crowd and from virtual attendees.

Duterte, 76, is prevented by the constitution from running for a second, six-year term, but has expressed interest in the vice presidency, which critics believe is a way to extend his grip on power behind a nominal president.

Duterte is expected to be nominated on Wednesday by his ruling PDP-Laban party. The deadline for filing for candidacy in the May 2022 election is next month.

Lacson, who ran unsuccessfully for president in 2004, is known for his tough stance on crime and for helping to draft a controversial anti-terror law, which activists have condemned and fear could be used to crush dissent in one of Asia's most liberal democracies.

Lacson and Sotto spoke of the enormous challenges they would face if elected to lead Southeast Asia's second most populous country, which is fighting one of the region's deadliest coronavirus epidemics.

"The country is buried in debt, many have lost their jobs ... corruption is prevalent and illegal drugs is still rampant," Lacson said, in a swipe at Duterte, who was elected on promises to eliminate corruption and drugs.

Lacson will be an outside bet and has been ranked low in independent opinion polls of preferred presidential candidates for 2022, which have consistently shown Duterte's daughter, Sara Duterte-Carpio, as the winning candidate.

Sara has expressed openness to running for president, months after telling Reuters she had no interest in the job. 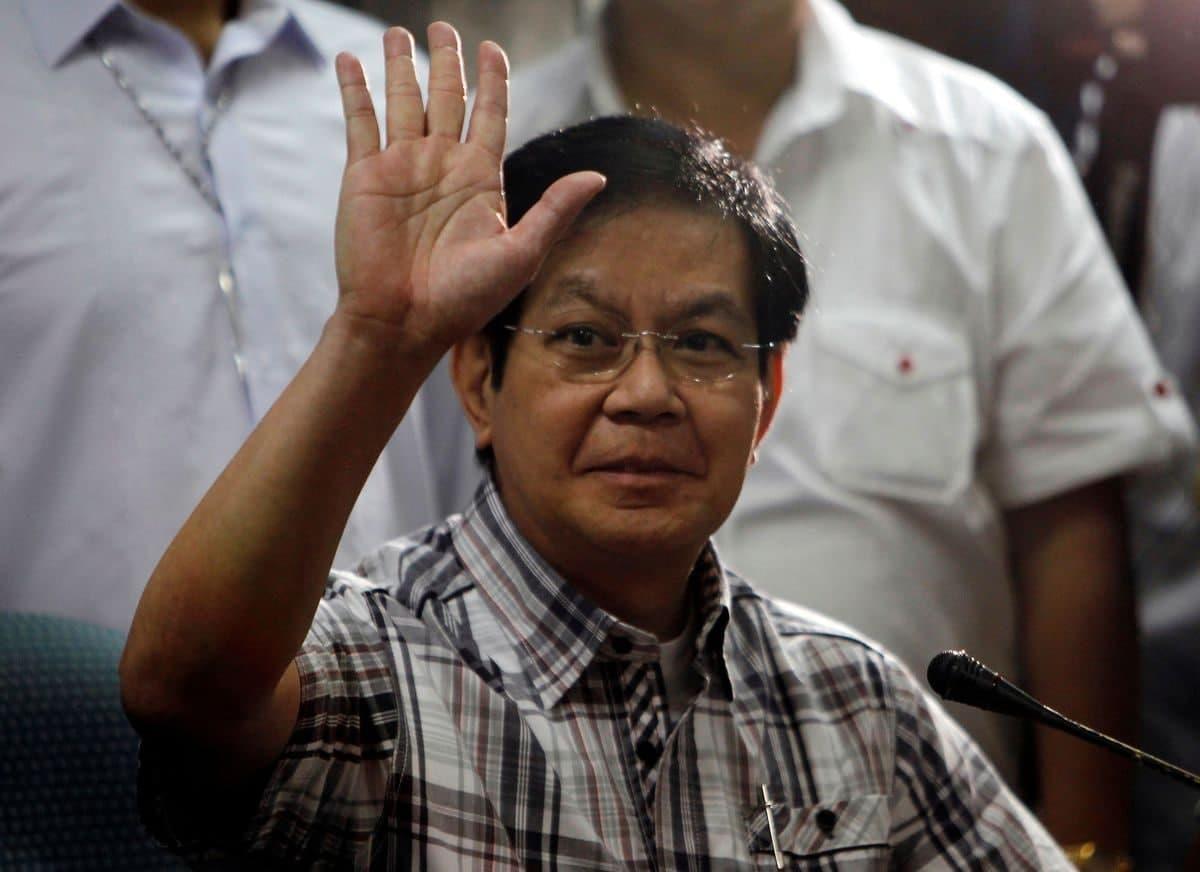