CHICAGO, Sep 8 (Reuters) - The continued spread of the SARS-CoV-2 virus has spawned a Greek alphabet of variants - a naming system used by the World Health Organization (WHO) to track concerning new mutations of the virus that causes COVID-19. Some have equipped the virus with better ways of infecting humans or evading vaccine protection.

Scientists remain focused on Delta, now the dominant variant around the world, but are tracking others to see what may one day take its place.

The Delta variant first detected in India remains the most worrisome. It is striking unvaccinated populations in many countries and has proven capable of infecting a higher proportion of vaccinated people than its predecessors.

The WHO classifies Delta as a variant of concern, meaning it has been shown capable of increasing transmissibility, causing more severe disease or reducing the benefit of vaccines and treatments.

According to Shane Crotty, a virologist at the La Jolla Institute for Immunology in San Diego, Delta's "superpower" is its transmissibility. Chinese researchers found that people infected with Delta carry 1,260 times more virus in their noses compared with the original version of the coronavirus. Some US research suggests that the viral load in vaccinated individuals who become infected with Delta is on par with those who are unvaccinated, but more research is needed.

While the original coronavirus took up to seven days to cause symptoms, Delta can cause symptoms two to three days faster, giving the immune system less time to respond and mount a defence.

LAMBDA - ON THE WANE

The Lambda variant had attracted attention as a potential new threat, but this version of the coronavirus, first identified in Peru in December, appears to be receding.

Although cases involving Lambda were rising in July, reports of this variant have been falling globally for the past four weeks, according to data by GISAID, a database that tracks SARS-CoV-2 variants.

The WHO classifies Lambda as a variant of interest, meaning it carries mutations suspected of causing a change in transmissibility or causing more severe disease, but it is still under investigation. Lab studies show it has mutations that resist vaccine-induced antibodies.

MU - ONE TO WATCH

Mu, the variant formerly known as B1621, was first identified in Colombia in January. On Aug 30, the WHO designated it as a variant of interest due to several concerning mutations, and assigned a Greek letter name to it.

Mu carries key mutations, including E484K, N501Y and D614G, that have been linked with increased transmissibility and reduced immune protection.

According to the WHO's Bulletin published last week, Mu has caused some larger outbreaks in South America and Europe. While the number of genetic sequences identified as Mu have fallen below 0.1 per cent globally, Mu represents 39 per cent of variants sequenced in Colombia and 13 per cent in Ecuador, places where its prevalence has "consistently increased", WHO reported.

The global health agency said it continues to monitor Mu for changes in South America, especially in areas where it is co-circulating with the Delta variant. Maria van Kerkhove, head of WHO's emerging diseases unit, said circulation of the variant is decreasing globally but needs to be observed closely. In a press briefing last week, White House chief medical advisor Dr Anthony Fauci said US officials are watching it, but so far Mu is not considered an immediate threat.

MORE ON THE WAY?

Getting more people vaccinated against COVID-19 is critical as large groups of unvaccinated people give the virus more opportunity to spread and mutate into new variants.

That effort must be stepped up internationally to keep variants from emerging unchecked among the populations of poor nations where very few people have been inoculated, experts say.

Even so, while the current vaccines prevent severe disease and death, they do not block infection. The virus is still capable of replicating in the nose, even among vaccinated people, who can then transmit the disease through tiny, aerosolised droplets.

To defeat SARS-CoV-2 will likely require a new generation of vaccines that also block transmission, according to Dr Gregory Poland, a vaccine developer at the Mayo Clinic. Until then, Poland and other experts say, the world remains vulnerable to the rise of new coronavirus variants. 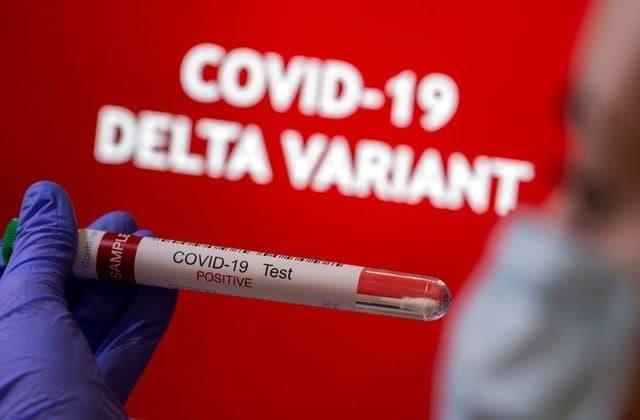