MOSCOW, Sept 14 (Reuters) - Foreign forces being deployed in Syria without a decision by the United Nations are a hindrance to its consolidation, Russian President Vladimir Putin told Bashar al-Assad, the president of the Middle Eastern nation on Monday.

The Kremlin said the comments came during a meeting of the two men in the Russian capital, after Putin congratulated Assad on his win in Syria's presidential election.

"Terrorists had sustained a very serious damage, and Syrian government, headed by you, controls 90% of the territories," Putin said, according to a Kremlin statement.

Russian support has helped Assad win back nearly all the territory lost to rebels who tried to overthrow him during the civil war that began in 2011.

Assad, whose last meeting in Moscow with Putin was in 2015, thanked the Russian leader for humanitarian aid to Syria and for his efforts to halt the "spread the terrorism".

He lauded what he called a success of Russian and Syrian armies in "liberating occupied territories" of Syria. He also described as "antihuman" and "illegitimate" the sanctions some nations imposed on Syria. 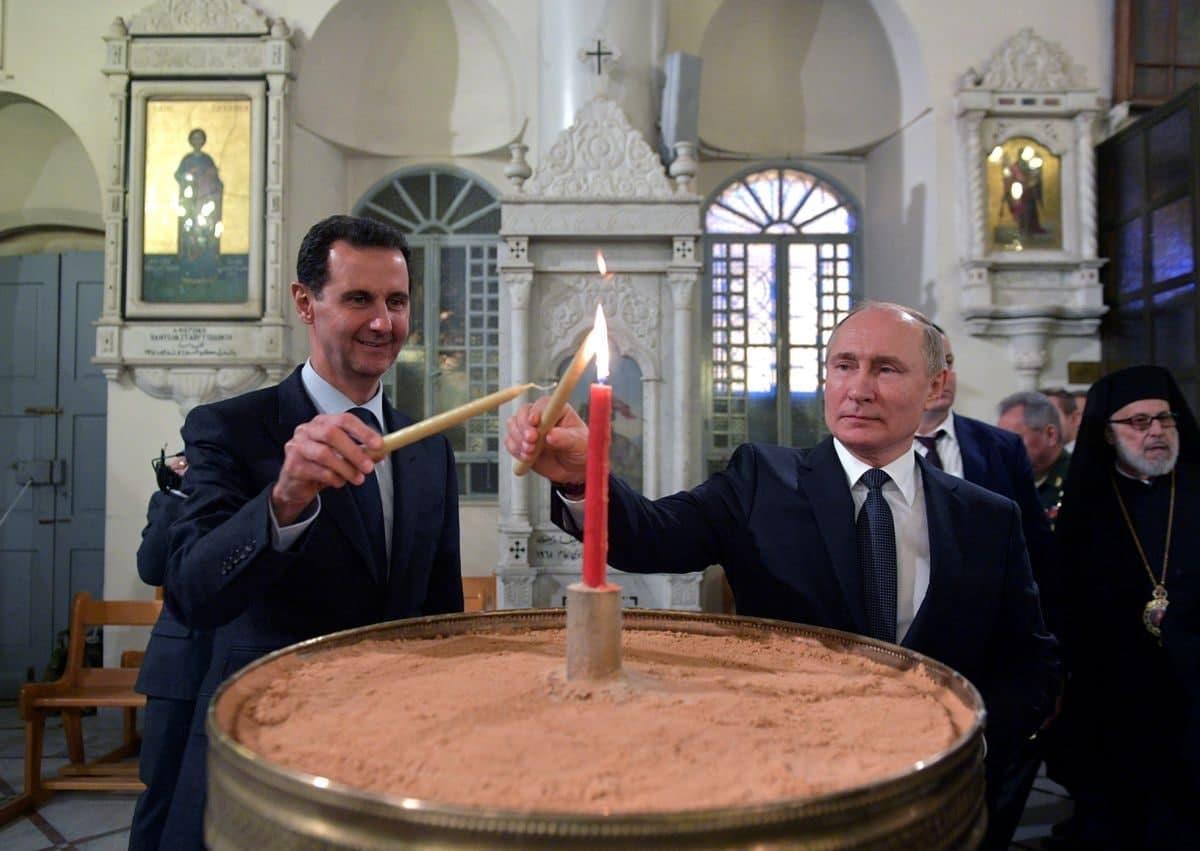