LONDON, Sept 14 (Reuters) - The Chinese ambassador to Britain has been banned from attending an event in the British parliament because Beijing imposed sanctions on lawmakers who highlighted alleged human right abuses in Xinjiang.

China placed the sanctions on nine British politicians, lawyers and an academic in March for spreading what it said were "lies and disinformation" the over the treatment of Uighur Muslims in the country's far west.

"I regularly hold meetings with ambassadors from across the world to establish enduring ties between countries and parliamentarians," Hoyle said.

"But I do not feel it's appropriate for the ambassador for China to meet on the Commons estate and in our place of work when his country has imposed sanctions against some of our members."

"The despicable and cowardly action of certain individuals of the UK Parliament to obstruct normal exchanges and cooperation between China and the UK for personal political gains is against the wishes and harmful to the interests of the peoples of both countries," a Chinese statement said.

Hoyle said he was not banning the Chinese ambassador permanently, but only while the sanctions remained in place.

Richard Graham, chairman of the All Party Parliamentary China Group, had given an invitation to Zeguang during the summer, the Daily Telegraph said.

Graham did not respond to a request for comment. The All Party Parliamentary China Group declined to comment.

China took the action after Britain, the United States, the European Union and Canada imposed parallel sanctions on senior Chinese officials accused of the mass internment of Uighurs in Xinjiang. 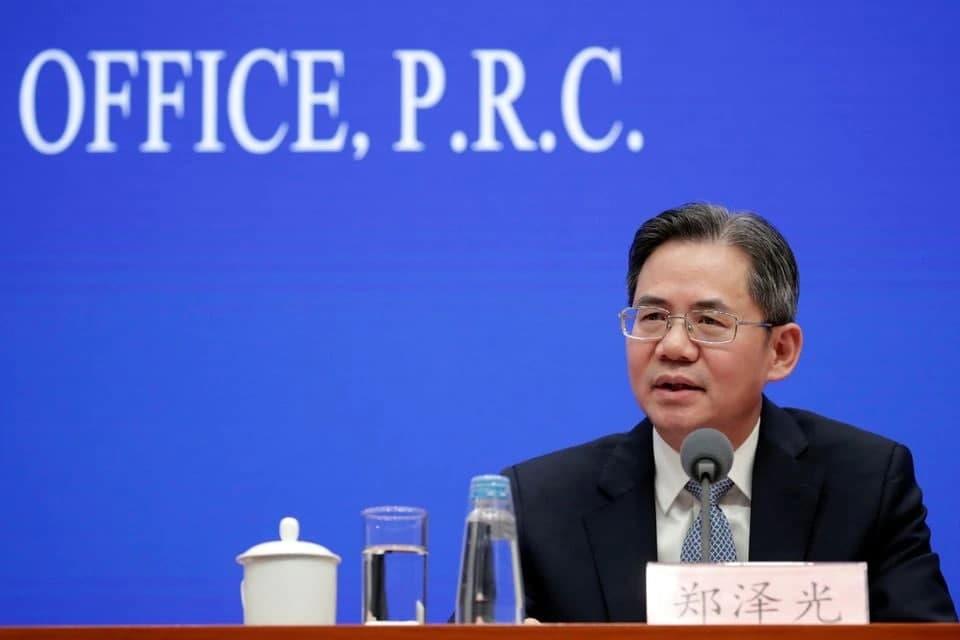