WASHINGTON, Sep 14 (Fox News) - Former President Donald Trump on Tuesday expressed skepticism regarding the report that Chairman of the Joint Chiefs of Staff Gen. Mark Milley went behind his back to call Chinese officials but said such an action was treasonous if true.

Milley reportedly made the calls before the 2020 presidential election on Oct. 30, 2020, and two days after the Jan. 6 Capitol riot, on Jan. 8, 2021, and assured Zuocheng of the stability of the American government. He also allegedly assured the Chinese general that he would contact him regarding any imminent attack from the U.S. in the waning days of Trump's presidency.

"So, first of all, if it is actually true, which is hard to believe, that he would have called China and done these things and was willing to advise them of an attack or in advance of an attack, that's treason," Trump told host Sean Spicer on NewsmaxTV's "Spicer & Co."

"I've had so many calls today saying that's treason, number one," Trump continued. Acknowledging he was tough on China regarding trade and COVID-19, he went on to describe the idea that would unilaterally attack China as "totally ridiculous."

In a statement released shortly after his interview on Newsmax, Trump called on Milley to step aside, floating a theory that Milley came up with the story himself and leaked it to Woodward and Costa, whom he described as journalists "who write fiction, not fact."

"For the record, I never even thought of attacking China—and China knows that. The people that fabricated the story are sick and demented, and the people who print it are just as bad. In fact, I’m the only President in decades who didn’t get the U.S. into a war—a well known fact that is seldom reported," Trump added. 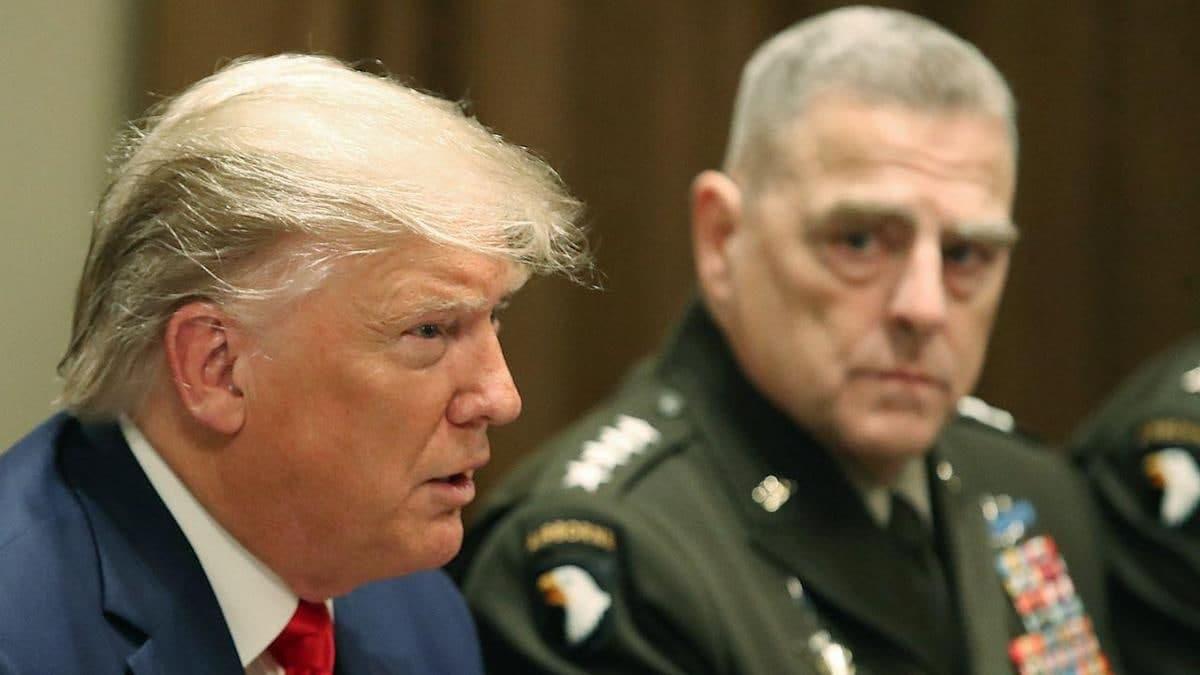