LONDON, Sep 15 (Xinhua) - Booster COVID-19 jabs will be offered to people aged 50 and over, those in care homes, and frontline health and social care workers, the British government announced Tuesday.

Britain's vaccine advisory body, the Joint Committee on Vaccination and Immunisation (JCVI), said a third dose should not be given until six months after a person has received a second shot.

"I can confirm I've accepted the JCVI's advice and the NHS (National Health Service) is preparing to offer booster doses from next week," British Health Secretary Sajid Javid told the House of Commons, lower house of the British parliament.

He also announced that the booster program, made up of Pfizer and Moderna doses, would start next week for people aged over 50, who received their second dose six months ago, to protect against the virus "for the long-term".

JCVI Chair Wei Shen Lim told a press conference that a recurrent booster every six months may not be needed but it is too early to say. He added that the booster advice is just for this winter and younger people may not need a booster, but the JCVI will advise on that at a later date.

England's deputy chief medical officer Jonathan Van-Tam warned of a "bumpy" winter despite the vaccines having been "incredibly successful".

"We know that this winter could quite possibly be bumpy at times and we know that other respiratory viruses such as flu and RSV (respiratory syncytial virus) are highly likely to make their returns," said Van-Tam.

More than 89 percent of people aged 16 and over in Britain have had their first dose of vaccine and about 81 percent have received both doses, the latest figures showed.

To bring life back to normal, countries such as Britain, China, Germany, Russia and the United States have been racing against time to roll out coronavirus vaccines. 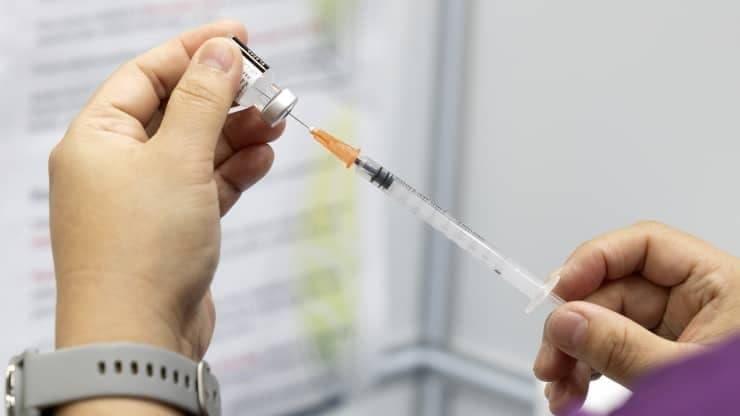