CAPE CANAVERAL, Sept 15 (Reuters) - A SpaceX rocket ship blasted off from Florida on Wednesday carrying a billionaire e-commerce executive and three less-wealthy private citizens he chose to join him in the first all-civilian crew ever launched into Earth orbit.

The quartet of amateur astronauts, led by the American founder and chief executive of financial services firm Shift4 Payments Inc (FOUR.N), Jared Isaacman, lifted off just before sunset from the Kennedy Space Center in Cape Canaveral, and the spacecraft roared into the darkened skies.

Thumbs-up were on display as the capsule streaked into the Florida sky perched atop one of the company's reusable two-stage Falcon 9 rockets. The Crew Dragon, fitted with a special observation dome in place of its usual docking hatch, reached orbit almost 10 minutes after the 8:03 p.m. EDT blastoff.

The rocket's first-stage booster, after separating from the spacecraft's top half, descended back to Earth and touched down safely on a landing platform floating in the Atlantic on a drone ship affectionately named Just Read the Instructions.

The flight, marking the first crewed mission to orbit with no professional astronauts along for the ride, is expected to last about three days from launch to splashdown in the Atlantic, mission officials said.

It marked the debut flight of SpaceX owner Elon Musk's new orbital tourism business, and a leap ahead of competitors likewise offering rides on rocket ships to customers willing to pay a small fortune for the exhilaration - and bragging rights - of spaceflight.

Isaacman has paid an undisclosed sum to fellow billionaire Musk to send himself and his three crewmates aloft. Time magazine has put the ticket price for all four seats at $200 million.

The mission, called Inspiration4, was conceived by Isaacman mainly to raise awareness and support for one of his favorite causes, St. Jude Children's Research Hospital, a leading pediatric cancer center in Memphis, Tennessee.

Inspiration4 is aiming for an orbital altitude of 360 miles (575 km) above Earth, higher than the International Space Station or Hubble Space Telescope, and the farthest any human will have flown from Earth since the end of NASA's Apollo moon program in 1972, according to SpaceX. 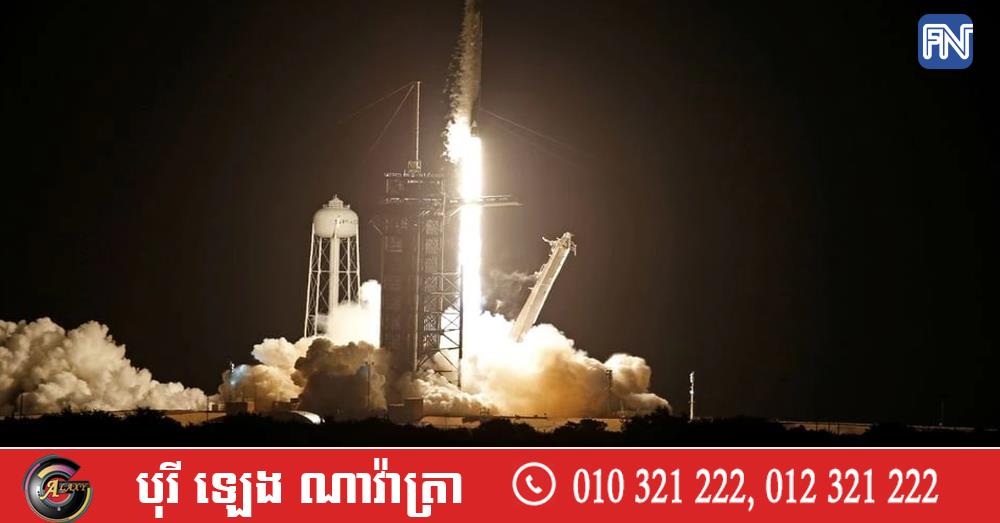