CANBERRA, Sept 15 (Reuters) - The United States, Britain and Australia said on Wednesday they would establish a security partnership for the Indo-Pacific that will involve helping Canberra acquire nuclear-powered submarines, as Chinese influence over the region grows.

Under the partnership, announced by President Joe Biden, British Prime Minister Boris Johnson and Australian Prime Minister Scott Morrison, the United States and Britain will provide Australia with the technology and capability to deploy nuclear-powered submarines.

In a three-way virtual announcement from each of their capitals, the leaders stressed Australia will not be fielding nuclear weapons but using nuclear propulsion systems for the vessels, to guard against future threats.

"We all recognize the imperative of ensuring peace and stability in the Indo-Pacific over the long term," said Biden.

"We need to be able to address both the current strategic environment in the region, and how it may evolve because the future of each of our nations and indeed the world depends on a free and open Indo-Pacific enduring and flourishing in the decades ahead," he said.

Morrison said the submarines would be built in Adelaide in South Australia state, in close cooperation with the United States and Britain.

"We will continue to meet all our nuclear non-proliferation obligations," he said.

Johnson called it a momentous decision for Australia to acquire the technology. He said it would make the world safer.

Washington and its allies are looking for ways to push back against China's growing power and influence, particularly its military buildup, pressure on Taiwan and deployments in the contested South China Sea.

The three leaders did not mention China and senior Biden administration officials who briefed reporters ahead of the announcement said the move was not aimed at countering Beijing.

China’s Washington embassy reacted, however, by saying that countries "should not build exclusionary blocs targeting or harming the interests of third parties."

"In particular, they should shake off their Cold-War mentality and ideological prejudice," it said.

James Clapper a former director of U.S. national intelligence, told CNN it was a bold step by Australia given its economy's dependence on China, adding: "Clearly the Chinese will view this as provocative." 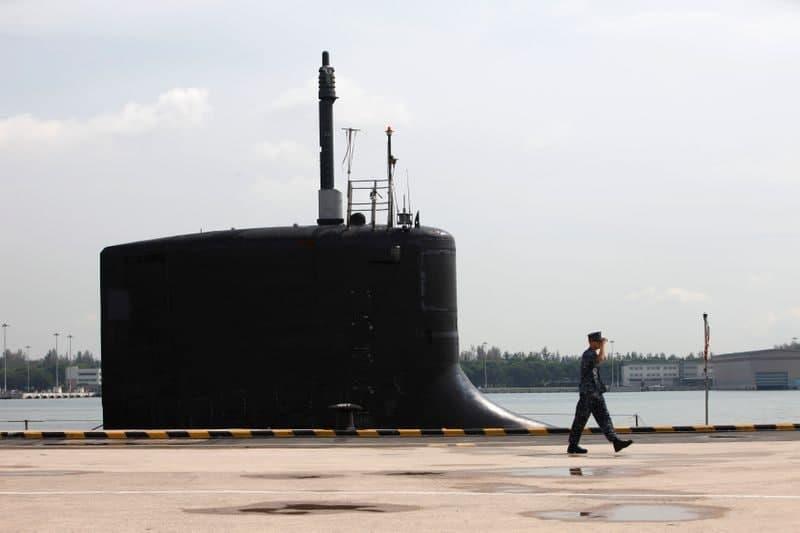