'A fantasy' to think U.N. can fix Afghanistan, Guterres says

UNITED NATIONS, Sept 15 (Reuters) - United Nations Secretary-General Antonio Guterres on Wednesday said any suggestion the world body can solve Afghanistan's problems is "a fantasy" and that its capacity to mediate for a more inclusive Taliban government is limited.

Asked in an interview with Reuters a month after the Taliban took control of Afghanistan from a Western-backed government whether he felt pressure to repair the country's plight, Guterres said: "I think there is an expectation that is unfounded" of U.N. influence as the main international organization still on the ground there.

The world has watched a number of countries send thousands of soldiers to Afghanistan and spend vast sums of money for 20 years since a U.S.-led invasion ousted the Taliban for harboring al Qaeda leader Osama bin Laden.

The United States spent $1 trillion, only to see the Afghan government and military it supported collapse ahead of a full withdrawal of U.S. and other foreign forces in August.

"To think - given that they have failed with all these resources to fix the problems of Afghanistan - that we can now, without those forces and money, solve the problems they couldn't solve for decades is a fantasy," Guterres said ahead of next week's annual U.N. gathering of world leaders in New York.

The United Nations will be doing everything it can for a country that Guterres said is on "the verge of a dramatic humanitarian disaster" and has decided to engage the Taliban in order to help Afghanistan's roughly 36 million people.

Even before the Taliban's seizure of the capital Kabul, half the country's population depended on aid. That looks set to increase due to drought and shortages and the World Food Programme has warned 14 million people were on the brink of starvation.

Guterres said he supports efforts to convince the Taliban to form a more inclusive government than when it ruled 20 years ago. The United Nations has little capacity to mediate, he said, and should focus on its "position of an international organization that is there to support the Afghan people."

"You cannot expect miracles," he said, stressing that the United Nations could engage with the Taliban, but that the Islamist movement would never accept a U.N. role in helping form a new Afghan government.

Humanitarian aid, Guterres said, should be used as an instrument to help convince the Taliban to respect fundamental rights, including those of women and girls.

Governments pledged more than $1.1 billion in aid this week for Afghanistan and refugee programs in neighboring countries. Guterres also appealed for countries to make sure the Afghan economy is "not completely strangled."

World reaction to the government of Taliban veterans and hardliners announced last week has been cool, and there has been no sign of international recognition or moves to unblock more than $9 billion in foreign reserves held outside Afghanistan.

"There must be ways to inject some cash in the Afghan economy, for the economy not to collapse and for the people not to be in a dramatic situation, forcing probably millions to flee," said Guterres, who will begin his second five-year term as U.N. chief on Jan. 1, 2022.

He said the United Nations will work with its partners to ensure that aid is distributed based on humanitarian principles and "that everybody should be treated equally without any kind of distinction based on gender, on ethnicity or any other consideration."

Guterres emphasized that it is too early to know if the Taliban will respect rights and govern responsibly.

He called the situation in Afghanistan "unpredictable," adding: "Nobody knows what will happen, but it's important to engage." 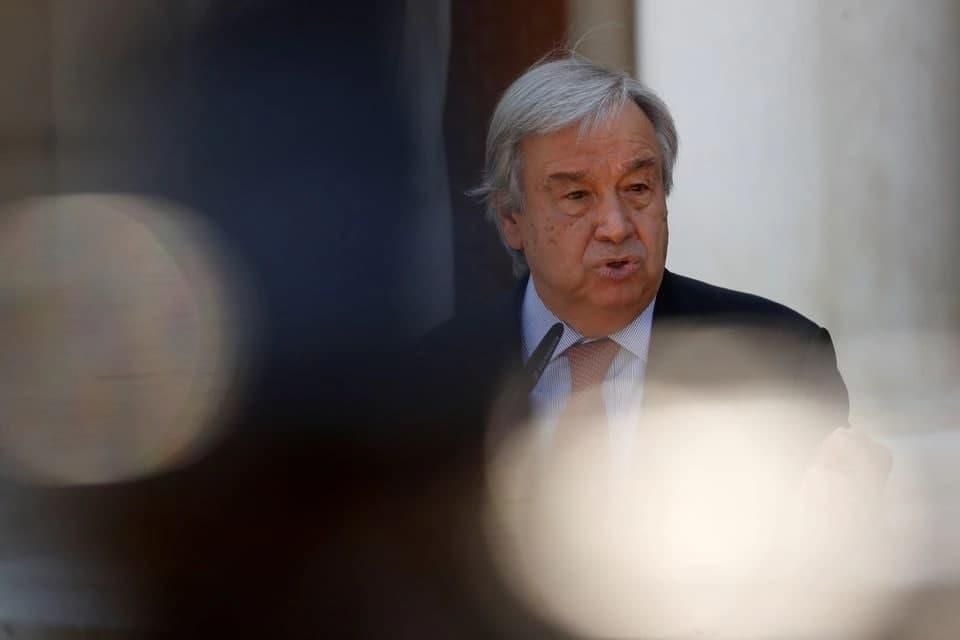