Ardern said that her Australian counterpart Scott Morrison had briefed her on Canberra's plan to develop nuclear-powered submarines with the help of the United States and Britain.

She described the deal as "primarily around technology and defence hardware", playing down implications for the so-called "Five Eyes" partnership of the US, Britain, Australia, Canada and New Zealand.

"This arrangement in no way changes our security and intelligence ties with these three countries, as well as Canada," the New Zealand leader said in a statement.

But she also said that New Zealand would maintain a ban on nuclear-powered vessels that dates back to 1985, meaning that Wellington will not allow the prized naval asset being developed by Australia into its waters.

"New Zealand's position in relation to the prohibition of nuclear-powered vessels in our waters remains unchanged," Ardern said.

The ban was introduced in the wake of French nuclear testing in the Pacific and led to the US navy banning its warships from entering New Zealand ports for more than 30 years.

The destroyer USS Sampson visited in late 2016, but only after the then prime minister John Key gave a special exemption, saying he was "100 per cent confident" that the vessel was not nuclear powered or carrying nuclear weapons.

Official US policy is to neither confirm nor deny whether its vessels are nuclear-capable. 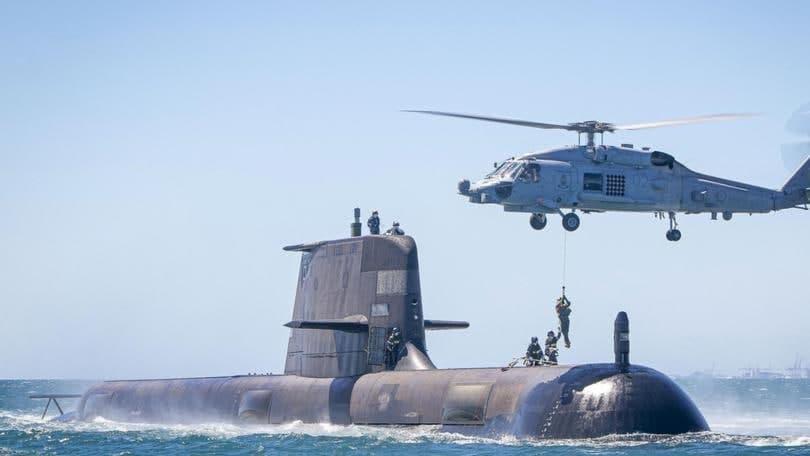