SYDNEY, Sep 20 (Reuters) - Australia's Victoria state on Monday (Sep 20) reported its biggest daily rise in COVID-19 cases this year, while some curbs were eased in Sydney despite persistent infections.

Hard lockdowns in Victoria will end once 70 per cent of its adult population gets fully vaccinated, expected around Oct 26, and authorities aim to hit 80 per cent before the Nov 2 Melbourne Cup, Australia's most famous horse race.

A total of 567 new locally acquired infections were detected in Victoria, the majority in state capital Melbourne, up from 507 on Sunday, and one new death was recorded. Daily cases have topped 500 for the past five days.

Nearly half of Australia's 25 million people is in lockdown after the Delta variant spread rapidly in Sydney and Melbourne, forcing Victoria and New South Wales to abandon a COVID-zero target and shift to rapid vaccinations to ease curbs.

Australia has largely lived in COVID-zero for much of the pandemic, recording 1,163 deaths and about 86,000 cases. About 55,000 cases have been registered since mid-June when the first Delta infection was detected in Sydney.

As the vaccine rollout gathers speed, some restrictions on gatherings were relaxed on Monday in 12 of the worst-hit suburbs in Sydney's west. Time limits for outdoor exercise were lifted, while the fully vaccinated can gather outside in groups of five.

A four-stage national reopening scheme revealed by the federal government in July urges states and territories to begin easing lockdowns once fully vaccinated levels reach 70 per cent to 80 per cent.

Some virus-free states such as Queensland and Western Australia, whose borders remain closed to Sydney and Melbourne residents, have said they may delay their reopening plans due to cases in Victoria and New South Wales. 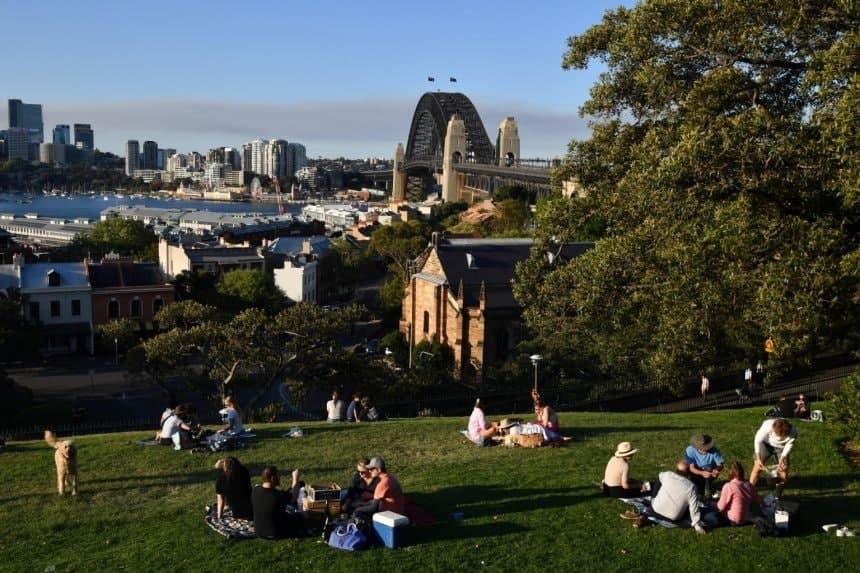