WASHINGTON, 23 Sept(NBC News) — The U.S. Special Envoy for Haiti, Daniel Foote, has resigned over what he called the administration's "inhumane" treatment of Haitian migrants.

"With deep disappointment and apologies to those seeking crucial changes, I resign from my position as Special Envoy for Haiti, effective immediately," said Foote in his resignation letter to Secretary of State Antony Blinken on Wednesday, obtained by NBC News.

Foote deplored the "inhumane, counterproductive decision to deport thousands of Haitian refugees” and said that his own recommendations have been “ignored and dismissed," he said in the letter. Foote says his resignation is effective immediately.

His resignation comes after more than 15,000 mostly Haitian migrants converged on a border bridge in Del Rio, Texas last week and after photos showing Border Patrol agents on horseback chasing migrants generated widespread pushback. President Joe Biden addressed the situation on Tuesday, telling reporters that "we'll get it under control."

A State Department spokesperson confirmed that Foote resigned on Wednesday, thanking him for his service and saying that the U.S. "remains committed to supporting safe, orderly, and humane migration throughout our region."

Over the long-term, the U.S. government is committed to working with the Haitian government and stakeholders across Haiti to strengthen democratic governance and the rule of law, increase inclusive economic growth, and improve security and the protection of human rights in Haiti," the spokesperson said.

Homeland Security Secretary Alejandro Mayorkas traveled to Del Rio on Monday, speaking to media near the bridge, where thousands of Haitians remain.

Mayorkas blamed the sudden influx on misinformation about the Biden administration’s policy of Temporary Protective Status that allowed Haitians already in the U.S. prior to July 29 to stay for a temporary but undefined period of time. He said many falsely believed if they arrived now, they would also be allowed to stay.

"Our policy approach to Haiti remains deeply flawed, and my recommendations have been ignored and dismissed, when not edited to project a narrative different from my own," said Foote. 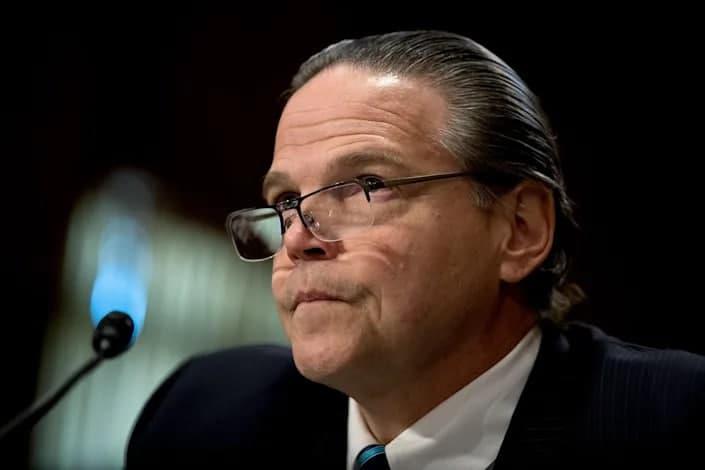