CDC Director Dr. Rochelle Walensky signed off on a series of recommendations from a panel of advisers hours after the advisers said boosters for the Pfizer-BioNTech COVID-19 vaccine should be offered to people 65 and older, nursing home residents and those ages 50 to 64 who have risky underlying health problems. The extra dose would be given once they are at least six months past their last Pfizer shot.

But Walensky decided to make one recommendation that the panel had rejected.

The panel on Thursday voted against saying that people can get a booster if they are 18 to 64 years of age, are healthcare workers or have another job that puts them at increased risk of being exposed to the virus.

But Walensky disagreed and put that recommendation back in, noting that such a move aligns with an FDA booster authorization decision earlier this week.

People who have gotten two shots and decide not to get a third will still be considered fully vaccinated, the CDC said.

No one will need a doctor's note to walk into a pharmacy and request a third dose. They will just have to consider for themselves whether the benefit they will derive from a booster outweighs their personal risk. Several committee members said this will create problems with implementation and worried that it will add to the confusion many people feel about vaccines.

The evidence is clear that most vaccinated Americans remain well protected by the shots they already received, committee members and CDC officials said.

More than 90% of those currently hospitalized with COVID-19 have not been vaccinated and the best way to combat the current pandemic is to give initial shots to those who have not had any, they said.

Lab research and data from Israel, where booster shots were made widely available this summer, suggests protection against COVID-19 infection begins to wane about six months after initial shots, though hospitalization for vaccinated people remains rare. Those over 65 are most at risk for severe disease, which is why the committee, called the Advisory Committee on Immunization Practices or ACIP, voted unanimously to recommend they receive boosters.

At the moment, only the vaccine made by Pfizer-BioNTech, which has been fully licensed under the name Comirnaty, will be available for boosters. There are plenty of available doses for whoever needs them, the Biden administration has said.

A booster from Pfizer-BioNTech would be the same dose at the same vaccine as the previous two doses.

Not enough research has been completed to say that it's safe to get initial doses of one vaccine and then switch to another, Dr. Doran Fink of the Food and Drug Administration told the committee Thursday.

The other two available vaccines have not yet been authorized for use as boosters.

Moderna has requested authorization for a lower dose of its initial vaccine to be used as a booster, which the FDA is currently considering and which could become available for boosters in coming weeks.

Johnson & Johnson, which has been a single-dose vaccine, released information this week showing that a second dose is safe and improves effectiveness, but it has not yet submitted a request to the government for authorization to provide boosters. 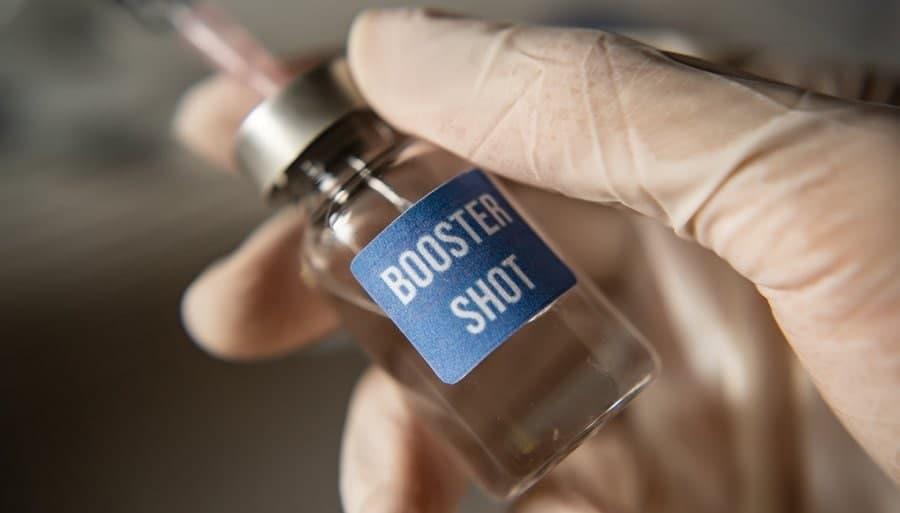