VIENNA, Sept. 24 (Xinhua) -- Invoking rollback terms of the Democratic People's Republic of Korea (DPRK)-related resolutions at an early date is the effective way to break the deadlock, said Wang Qun, Chinese envoy to the United Nations and other international organizations in Vienna, on Friday.

On Friday, the General Conference of the International Atomic Energy Agency (IAEA) adopted the resolution titled "Implementation of the NPT (Non-Proliferation Treaty) safeguards agreement between the Agency and the Democratic People's Republic of Korea" by consensus.

Meanwhile, at the 12th Conference on Facilitating the Entry into Force of the Comprehensive Nuclear-Test-Ban Treaty (CTBT), the Comprehensive Nuclear-Test-Ban Treaty Organization's Preparatory Commission issued the Final Declaration and Measures to Promote the Entry into Force of the CTBT as well as the 25th Anniversary Declaration.

Both documents included the content of the rollback terms of the DPRK-related United Nations Security Council (UNSC) resolutions, as proposed by the Chinese delegation.

"The rollback terms were formulated in relevant UNSC resolution in 2006, but this is the first time that it was included in important documents of the two aforementioned major international organizations," said Wang.

Wang said that pressure and sanctions would never solve the problem, adding that the rollback terms of the DPRK-related resolutions requires to "keep the DPRK's actions under continuous review and is prepared to strengthen, modify, suspend or lift the measures as may be needed in light of the DPRK's compliance," which has reserved a way out for the political settlement of the DPRK nuclear issue.

Wang Yi, Chinese State Councilor and Foreign Minister, has said earlier at the Foreign Ministers' Meeting of the ASEAN Regional Forum that the effective way to break the current deadlock is for the UN Security Council to invoke the rollback terms of the DPRK-related resolutions at an early date and ease sanctions against the DPRK, so as to create a positive atmosphere for the resumption of dialogue and consultation.

Under the current situation, it is in line with the spirit of the Security Council resolution to invoke the rollback terms of the DPRK-related resolutions as soon as possible, which is conducive to alleviating the humanitarian and people's livelihood situation of the DPRK and creating conditions and injecting momentum for the political settlement of the Peninsula issue, said Wang Qun.

The DPRK has stopped its nuclear test for years and taken positive measures such as blowing up tunnels at the Punggye-ri nuclear test site, but the United States has not taken any substantive action, said Wang.

Obviously, the crux of the deadlock in the DPRK-U.S. dialogue is that the denuclearization measures taken by the DPRK have not received due attention and the legitimate and reasonable concerns of the DPRK have not been properly addressed, Wang said.

In addition, negative developments such as the U.S.-ROK joint military exercise and the U.S. and UK's assistance to Australia's acquisition of nuclear-powered submarines have also added new destabilizing factors to the regional security situation, Wang added.

In order to promote proper settlement of the nuclear issue on the Peninsula, Wang said that the United States should strictly abide by the principle of a balanced, parallel progress, immediately take practical measures on the cancellation of hostile policies towards the DPRK, the lifting of sanctions and the provision of security guarantees to the DPRK, and show its sincerity in constructively promoting the settlement of the Peninsula issue.

Meanwhile, the United States should give an account to the international community, rather than saying one thing and doing another, taking any action that may lead to an escalation of tensions, Wang added.

China also calls on the international community to make joint efforts to actively promote the early invoking of the rollback terms of the DPRK-related resolutions and contribute positive energy to promoting the denuclearization of the Peninsula and long-term regional stability, Wang stressed. 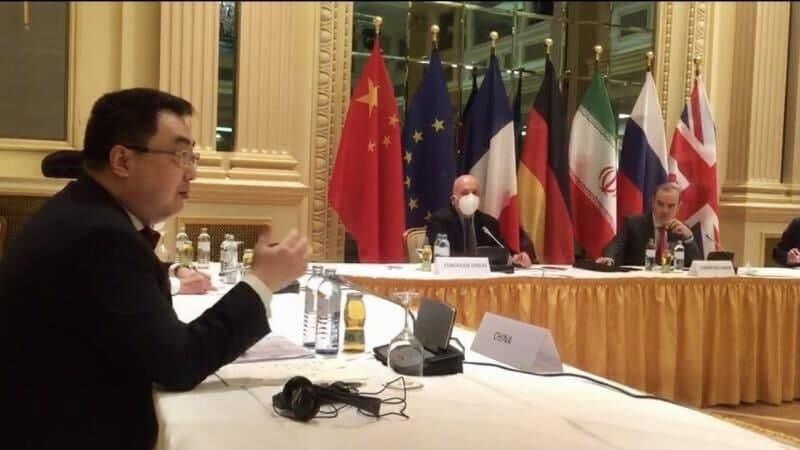