BEIJING, Sept. 25 (Xinhua) -- Meng Wanzhou, a Chinese business executive who had been arbitrarily detained for more than 1,000 days in Canada, shared her thoughts and expressed her appreciation on a Chinese-government charter flight bringing her home.

According to a statement issued earlier by one of the lawyers who represents Meng, she has not pleaded guilty. Meng will not be prosecuted further in the United States and the extradition proceedings in Canada will be terminated, said the statement.

"It is pitch dark outside. I am in the sky over the Arctic, heading home," Meng said in comments widely circulating in Chinese social media on Saturday. "I will soon return to the embrace of the motherland."

"Under the leadership of the Communist Party of China, my home country is becoming stronger and more prosperous day by day. Without a strong motherland, I won't have my freedom today," she said.

"We live in a peaceful time and were born in a great country," Meng said, adding that as she grew up during the era of reform and opening-up, she had witnessed and experienced the great transformation made possible by the Chinese people under the Party's leadership.

Meng described the motherland, the Party and the government as the shining light that has lit up "the darkest moments" of her life and led her on the long journey home.

Meng also expressed gratitude to her family, colleagues and every well-wisher. "Despite all twists and turns, this returning journey is the sweetest journey home," she said. 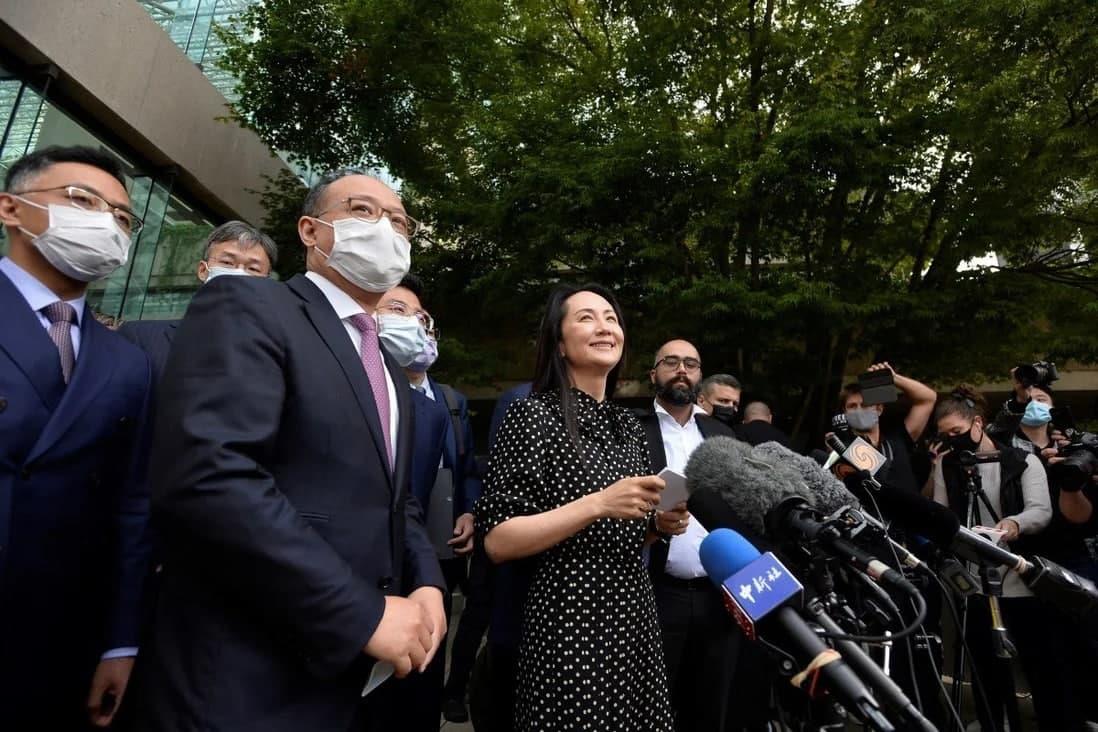