LOS ANGELES, Sept. 24 (Xinhua) -- Over 1,600 firefighters are battling a new fast-moving wildfire that has grown to over 6,800 acres (around 27.5 square km) in northern California in the United States, authorities said Friday.

A total of 1,663 firefighters have been assigned to battle the wildfire, dubbed Fawn Fire, said Captain Chris Harvey of the Sacramento Fire Department, who was serving as a public information officer for the California Department of Forestry and Fire Protection (Cal Fire) on the incident, during a virtual meeting Friday night.

At least 25 structures have been destroyed by the wildfire, which started some 19 km north of Redding city Wednesday evening and triggered multiple mandatory evacuation orders.

Around 9,000 structures remain threatened by the wildfire, which was only 10 percent contained, said Harvey.

Harvey said that 169 engines, 45 dozers and 29 water tenders were also sent there to help contain the wildfire.

Officials cautioned local residents to leave if fire activity increases. The wildfire has forced over 4,000 residents to evacuate from Shasta County in northern California.

Multiple massive wildfires are currently burning across the western U.S. state. Dixie Fire, which started on July 13 in northern California and now the largest wildfire in the country, has burned 963,276 acres (around 3,898 square km) with 94 percent contained.

Another explosive wildfire, now burning in the Sequoia and Kings Canyon National Parks in central California, has engulfed more than 40,000 acres (around 162 square km) with zero containment to date.

Statewide, more than 9,400 firefighters remain on the frontlines of 12 major wildfires in California as of Friday, said Cal Fire in its California Statewide Fire Summary on Friday, adding that 7,641 wildfires have burned more than 2.38 million acres (around 9,631 square km) in California so far this year. 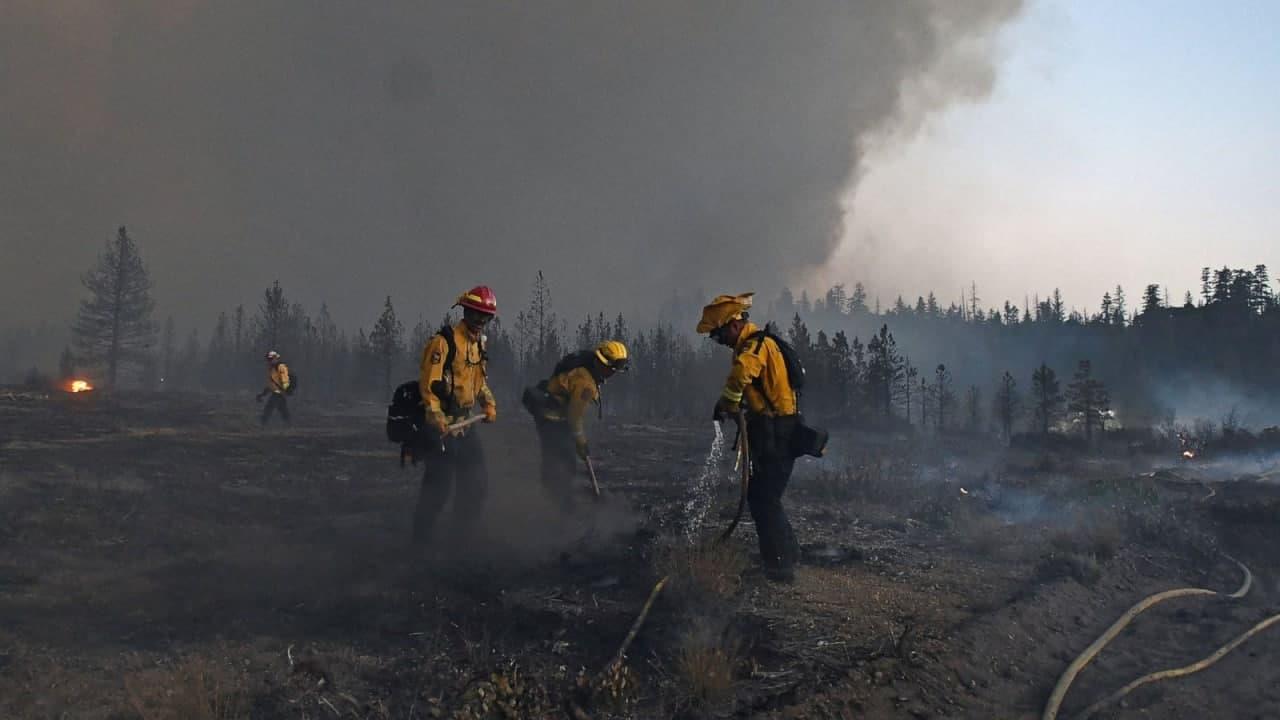