"Just after midnight today CBP officers working at the Bridge of the America's international crossing in El Paso noted two Mexican military vehicles crossing the boundary and entering the U.S.," the CBP told Reuters in an emailed statement.

The 14 Mexican soldiers said they did not realize they had entered the United States and U.S. border agents secured their weapons and equipment for "safety and processing," said the CBP, adding that Mexican military leadership was contacted and arrived at the port shortly thereafter.

Thirteen of the 14 Mexican soldiers were processed without incident, but one soldier was assessed a civil penalty after CBP officers discovered a personal use amount of marijuana in his possession.

All 14 soldiers, their equipment and vehicles were returned to Mexico before 5 a.m, said the CBP.

Mexico's Defense Ministry did not immediately respond to requests for comment.

Due to the incident, the border crossing was closed for about two hours, a witness to the events said.

"The CBP (agents) yelled at the soldiers to put their hands up and drop their weapons immediately," said the witness, who asked not to be named.

The CBP agents searched the vehicles and then escorted away the soldiers, which appeared to be handcuffed, according to the witness and photos of the situation that Reuters saw. 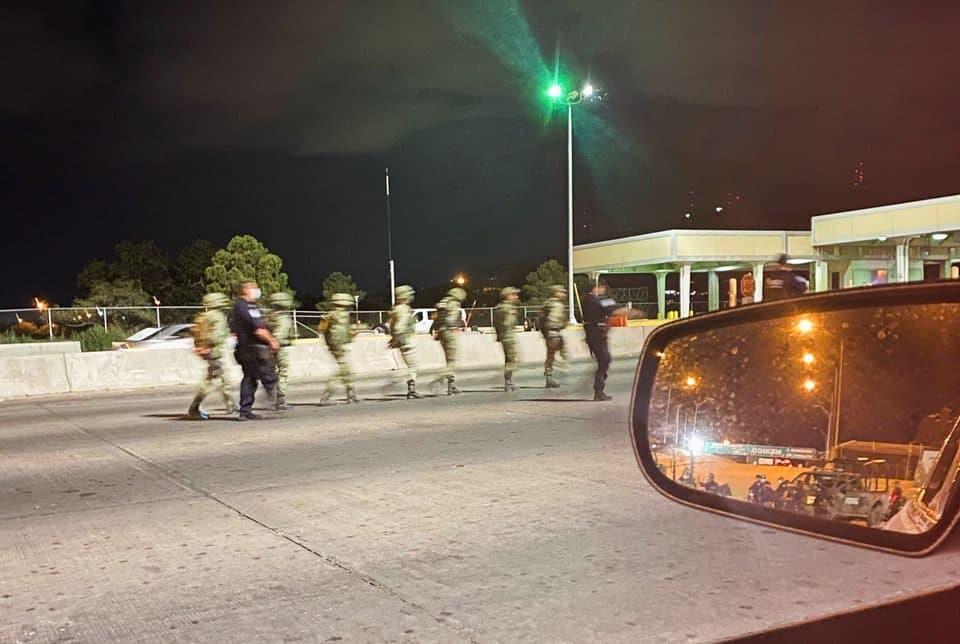