WASHINGTON, Nov 16 (AFP) - United States President Joe Biden on Tuesday (Nov 16) clarified his apparent reference to an "independent" Taiwan, saying that the US position on Chinese sovereignty has not changed.

Biden's latest in a series of mixed messages about the island - a democracy outside of Beijing's control that China claims as part of its territory - came the day after a virtual summit with Chinese President Xi Jinping.

Asked if they'd made progress on Taiwan, which has close unofficial relations with the US, Biden said that he "made very clear" his support for current US law.

Under the Taiwan Act, the United States does not recognise Taiwan's independence, yet commits to helping the island defend itself.

However, Biden, who was on a trip in New Hampshire, then told reporters: "It's independent. It makes its own decisions."

The White House did not respond to a request for clarification about what Biden was referring to. Biden himself then told reporters shortly after that he did not mean there was any change in US policy toward Taiwan.

"We're not going to change our policy at all," he said. "We are not encouraging independence. We're encouraging them to do exactly what the Taiwan Act requires. That's what we're doing. Let them make up their mind."

This was the third time Biden has recently appeared to contradict US policy, giving the impression of hardening his support for Taiwan.

In October, when asked if the US would come to Taiwan's defence against China, he said: "Yes, we have a commitment."

Biden made a similar comment in August. In both instances, the White House clarified later that US policy had not changed.

While the US gives Taiwan assistance in its self-defence, it maintains what Washington calls "strategic ambiguity" over the question of whether US forces would ever intervene.

Speaking to reporters on Tuesday, Biden said that he had emphasised to Xi that while US naval ships would keep out of Chinese territorial waters, they would insist on the right to access the South China Sea and "we're not going to be intimidated". 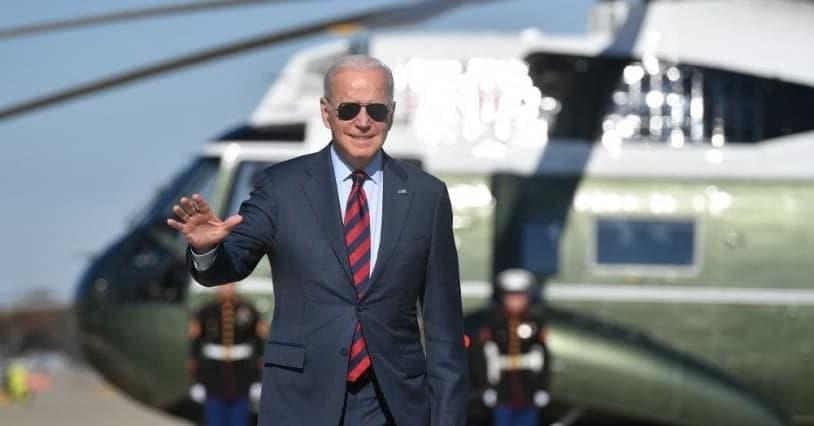