Abbas met with Thomas-Greenfield at his office in the West Bank city of Ramallah and warned that Israel's practices in the Palestinian territories "would undermine the vision of the two-state solution," the official Palestinian news agency WAFA said.

Abbas reaffirmed the Palestinian side's commitment to peace and to holding an international peace conference under the auspices of the international Quartet, which consists of the United Nations, the United States, the European Union and Russia.

The last direct peace talks between Israel and Palestine, which were sponsored by the United States and lasted for nine months, stopped in 2014 following deep disagreements on issues related to Jewish settlements, borders and security. 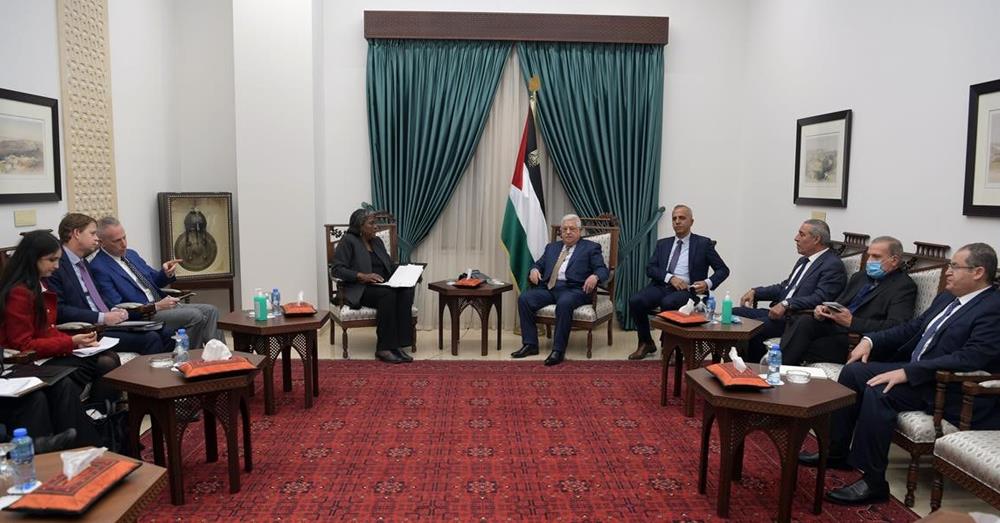