KYIV, May 12 (Aljazeera) - More than six million refugees have fled Ukraine since Russia’s invasion began on February 24, according to figures from the UN refugee agency.

Many of the refugees travelled to countries neighbouring Ukraine before continuing their journey onward, according to the UN agency’s dedicated website, with Poland hosting the largest number of Ukrainians.

Women and children accounted for 90 percent of the refugees as Ukrainian men aged 18-60 are unable to leave the country due to being eligible for military service.

Daily refugee flows across Ukraine’s borders have decreased considerably since the outbreak of war.

In March alone, almost 3.4 million Ukrainians fled their country. That figure dropped to about 1.5 million in April.

Since the beginning of May, almost 493,000 Ukrainians have sought refuge abroad, and the UN has estimated that more than eight million people could flee Ukraine this year.

A further eight million people have also been internally displaced, according to a study by the International Organization for Migration.

Ukraine’s Finance Minister Serhiy Marchenko told Reuters on Thursday that his country has been forced to spend $8.3bn on its war with Russia.

The spending went on everything from buying and repairing weapons to emergency support for internally displaced people, the minister said.

There are 2.7 million people officially registered as internally displaced, according to data from Ukraine’s social policy ministry, although the real figure is thought to be many times higher.

Marchenko said that Kyiv urgently needed foreign support to be ramped up as it is being forced to funnel billions of additional dollars into war-time emergency spending. 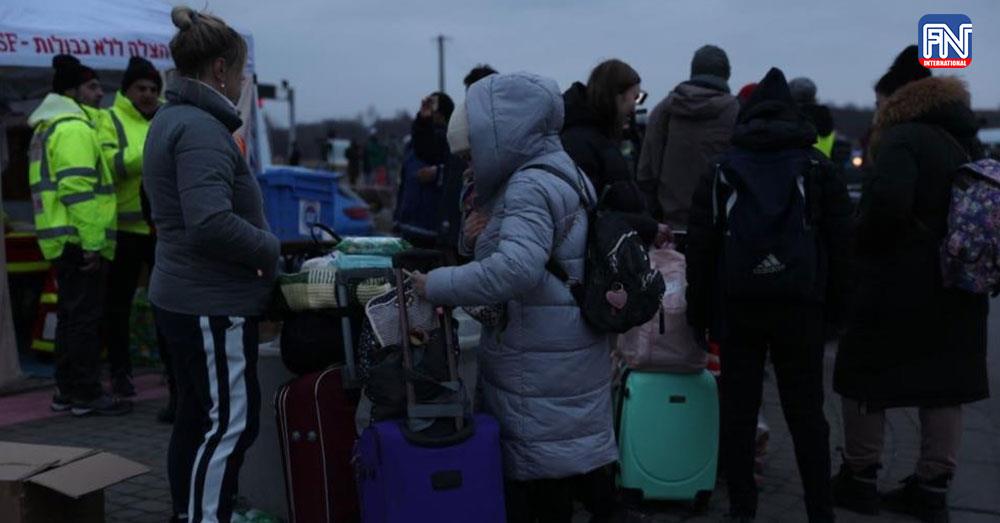