UNITED NATIONS, May 20 (TASS) - The West is attempting to break the spine of the Russian economy, Russia’s Permanent Representative to the UN Vasily Nebenzya said at a session of the UN Security Council on conflicts and food security on Thursday.

The Russian envoy stressed that Western representatives did not mention "illegitimate unilateral economic sanctions chocking a whole range of countries." "The truth is, gentlemen, is that you got too carried away with your unproductive efforts to break the spine of the Russian economy no matter what, to isolate our country," he stressed.

"I am not talking right now about inevitable destructive repercussions for your own economies. After all, we can do nothing about your maniacal aspiration to voluntarily shoot yourself in the foot or even both feet. You will have to answer for the consequences of this policy for your domestic markets before your own taxpayers and voters," the Russian envoy pointed out.

He also added that Kiev is dodging cooperation on the secure exit of vessels from the Black Sea despite Russia offering such opportunities. According to him, if this issue is not resolved, the maritime transportation of Ukrainian grain remains impossible which will exacerbate the global food crisis. 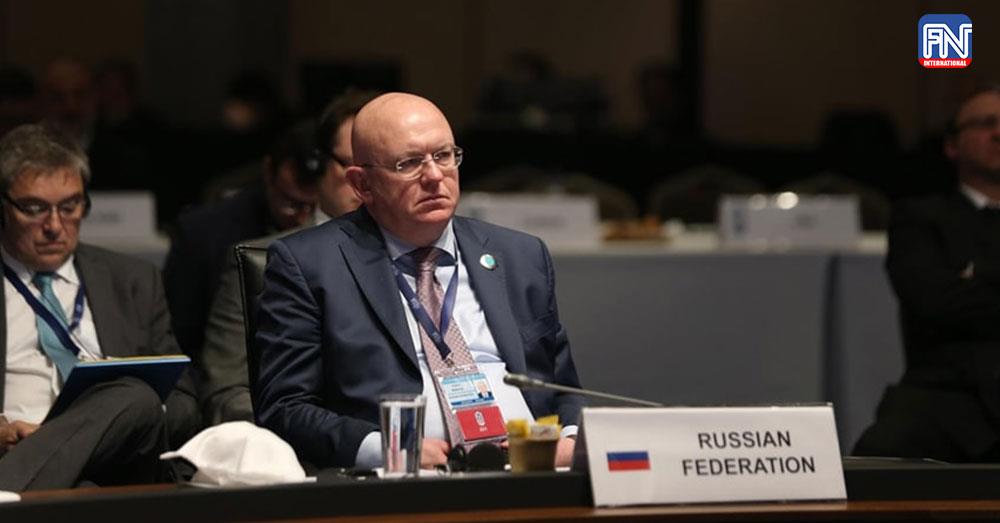