Biden arrives in South Korea for first summit with Yoon

SEOUL, May 20 (Yonhap) -- U.S. President Joe Biden arrived in South Korea on Friday for his first summit with President Yoon Suk-yeol on a range of issues, including North Korea's nuclear program and supply chain risks.

Biden's Air Force One landed at Osan Air Base in Pyeongtaek, 70 kilometers south of Seoul.

The U.S. president is expected to head straight to a Samsung chip plant in the same city to meet with Yoon and tour the facility, underscoring the two countries' commitment to working together to strengthen supply chains.

Biden's visit, his first since taking office, comes as both Seoul and Washington believe a North Korean nuclear or intercontinental ballistic missile test is imminent and could happen while he is in South Korea or Japan, the second leg of his tour.

The visit also comes only 10 days after Yoon took office.

The two will meet again Saturday for their first summit, which will be held first in a small group and then in an expanded format, to discuss the full range of security and economic challenges facing the allies and the region.

Top among them will be the growing threat of North Korea's nuclear and missile programs, and the two sides are expected to discuss ways to bolster their combined defense and deterrence.

"(The summit) will be an opportunity for the relationship between South Korea and the United States to become more solid and transition to an alliance covering a broader range," Yoon told reporters earlier Friday.

Kim Tae-hyo, first deputy director of the presidential National Security Office, told reporters earlier this week that the first thing the two sides will do during the summit will be to come up with an "action plan" for how South Korea and the United States will "strengthen the reliable and effective extended deterrence."

Extended deterrence refers to the U.S. deployment of both conventional and nuclear assets to defend an ally.

Specific actions the two leaders could take include the possible reactivation of the Extended Deterrence Strategy and Consultation Group (EDSCG), a key bilateral platform that was suspended in 2018.

"The EDSCG can be regarded as the most important exercise in deterring North Korea's nuclear and missile threats," Kim said. "That is why I believe there could be discussions at this summit about regularizing the consultation body, expanding its agenda and strengthening the practical response capabilities of extended deterrence."

In the event North Korea carries out a major provocation during Biden's stay, the two leaders will immediately take command of the two countries' combined forces, he added.

Biden's first trip to the region as president also demonstrates his commitment to strengthening cooperation with allies on economics and trade.

During their summit, Yoon is expected to announce South Korea's participation in the Indo-Pacific Economic Framework, an initiative proposed by Biden to ensure secure and resilient supply chains, set the rules of the digital economy, and invest in clean, modern and high-standards infrastructure.

Perceptions that the proposal aims to exclude China from global supply chains have raised concerns that China could retaliate against South Korea -- as it did when the U.S. deployed the THAAD antimissile system to South Korea in 2017.

"It's not really necessary to look at it from a zero-sum perspective," Yoon told reporters Friday. "We just need to build good economic ties in our relationship with China as well."

Kim said earlier that Saturday's summit will see the two countries expand their military and economic alliance to a "technological" alliance.

On Sunday, Biden will depart for Japan. 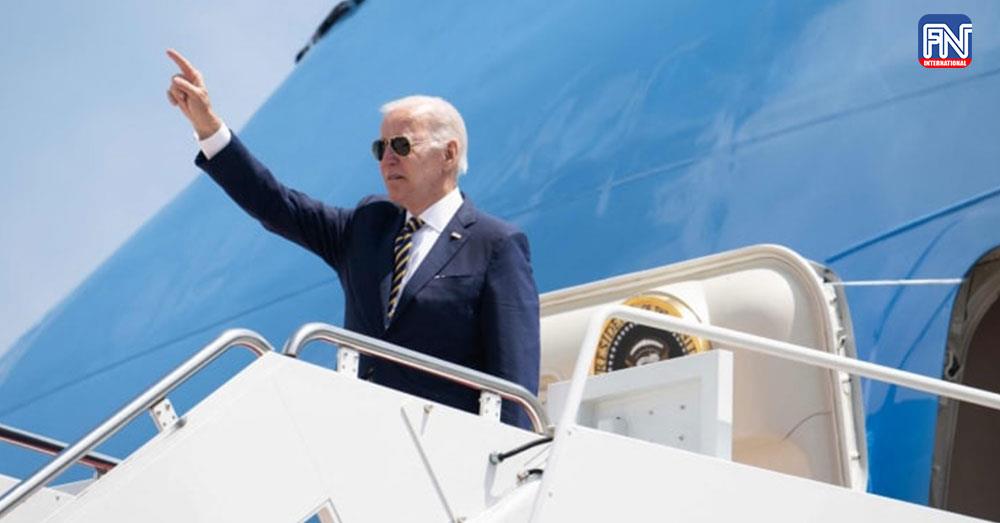