QUITO, May 20 (Reuters) - Ecuador's former vice-president Jorge Glas, who served 4-1/2 years in prison on a bribery conviction before being released last month, was arrested on Friday by police under a court order to return him to jail.

Earlier in the day a tribunal annulledthe decision that freed him in April and ordered him back into custody.

"With an end to executing the resolution of the Santa Elena tribunal, (the police) have physical control over prisoner Jorge G., while (the prisons agency) is carrying out the procedure for his jailing and transport in police helicopter," the Interior Ministry said on Twitter.

Glas was sentenced to jail in 2017 after a court found him guilty of receiving bribes from Brazilian construction company Odebrecht in return for giving the firm state contracts.

He was also convicted in 2020 of using money from contractors to fund campaigns for the political movement of former President Rafael Correa.

Glas was released after a court in coastal Santa Elena backed a habeas corpus petition saying his well-being was at risk.

But a higher court in the same province annulled that decision after a petition from the SNAI prison agency, which argued procedural errors mean Glas must serve the rest of his sentences.

Glas' lawyers did not immediately respond to a request for comment.

Glas' first conviction carries a 6-year sentence. His conviction in the second case - where Correa was also sentenced - carries an 8-year term.

Correa has called the convictions political persecution and is fighting extradition from Belgium, where he has lived since he left office.

"Evil has once again triumphed, but the definitive victory will be ours. Never doubt it," Correa wrote on Twitter earlier on Friday. "Jorge, please, resist." 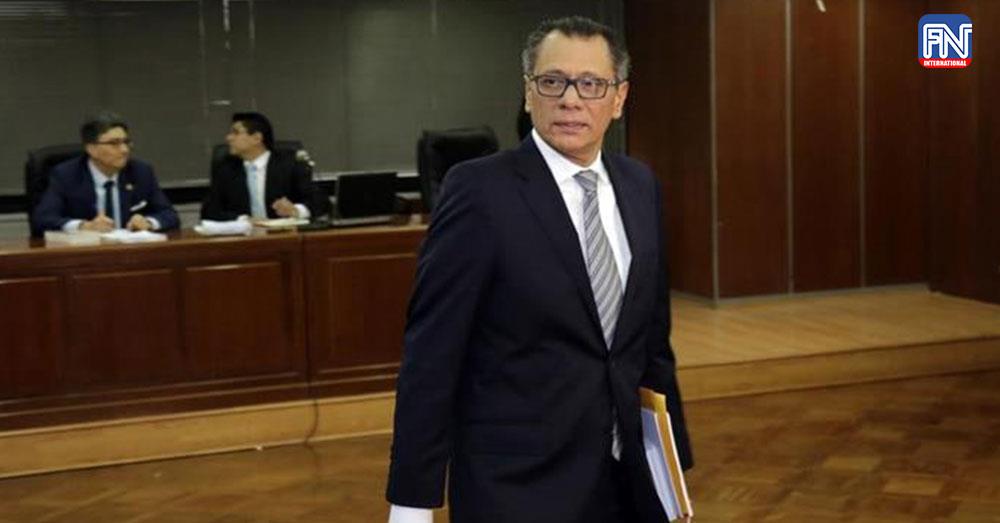