NEW YORK, June 6 (CNA) - New York's governor raised the age for buying a semiautomatic rifle from 18 to 21 on Monday (Jun 6) as she tightened gun laws following the racist massacre at a supermarket in Buffalo.

Kathy Hochul approved a package of gun reform laws that had been passed by the state senate in the wake of last month's shooting that killed 10 Black people.

The measures come amid a spate of mass killings in the United States that have sparked renewed calls for greater gun control laws.

Payton Gendron, 18, is accused of gunning down the shoppers at Tops Friendly Market using a an AR-15 assault rifle that he had bought legally.

As well as being at least 21 years old, buyers of semiautomatic rifles will now also have to obtain a permit, meaning undergoing a background check.

Democratic New York already has some of the strongest gun laws in America.

"We cannot keep living like this," Hochul said at a Bill-signing ceremony in New York City.

"This is a moral moment for the people of New York but also the rest of the nation. Follow what we did here in New York and we'll finally start to be at the beginning of the end of all this gun violence and the massacres that are occurring every day in our country."

Another law signed by Hochul restricts the purchase of bullet resistant vests and body armor to law enforcement or related professions. The package also requires social media companies operating in New York to adopt transparent policies on how they respond to hate speech on their platforms.

Gendron, a white supremacist, was wearing heavy body armor during his alleged attack on May 14.

Hochul also agreed to expand the state's "red flag" laws, which allow courts to take away guns from people deemed a risk to themselves and others.

Ten days after the Buffalo shooting, a teenaged gunman shot dead 19 children and two teachers at an elementary school in Uvalde, Texas.

US President Joe Biden has called for new gun-control legislation, including a ban on assault weapons. At a minimum, Biden has said lawmakers should raise the age at which assault weapons can be purchased from 18 to 21.

But gun regulation faces deep resistance in the United States, from most Republicans and some rural-state Democrats.

In most places in New York, people as young as 16 would still be allowed to have other types of rifles and shotguns.

New York now joins a handful of states — including Florida, Hawaii, Illinois, Vermont, and Washington - that require buyers to be at least 21 to buy some types of long guns, media accounts say. Similar legislation has been proposed in Utah.

California's attempt to raise the legal buying age for a semiautomatic weapons has been challenged in court.

US gun violence has killed more than 18,000 people so far in 2022, including nearly 10,300 suicides, according to the Gun Violence Archive. 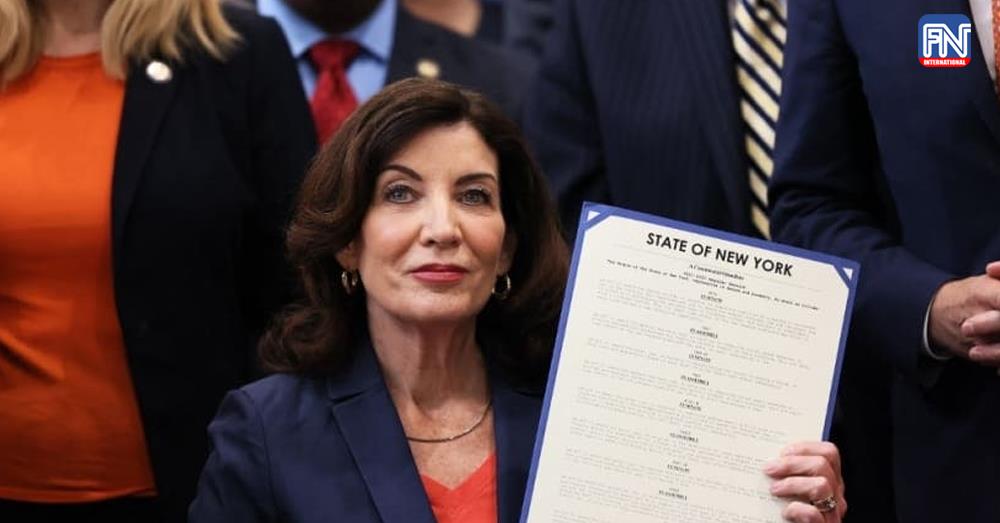