NEW DELHI, June 7 (RT) - India has successfully tested its nuclear-capable Agni-4 ballistic missile, with the country’s Defense Ministry calling the trial a “routine” launch. The locally developed weapon is said to be capable of striking targets thousands of miles away.

Carried out from Abdul Kalam Island in the state of Odisha on Monday, the missile test encountered no major issues and was deemed a success, the military announced in a press release.

“The successful test was part of routine user training launches carried out under the aegis of the Strategic Forces Command,” it said, adding that the launch proved the “reliability of the system” and reaffirmed New Delhi’s “Credible Minimum Deterrence' Capability.”

The fourth iteration of a weapon created by India’s Defense Research and Development Organization (DRDO), the Agni-4 (or “Fire-4”) is an intermediate-range missile said to be able to hit targets up to 4,000 kilometers (2,485 miles) away and carry a 1,000-kilogram (2,200-pound) payload. New Delhi has also carried out a number of tests for the Agni-5, an intercontinental ballistic missile (ICBM) with a significantly longer range, with the most recent trial conducted late last year.

One of a small handful of nations to possess its own nuclear triad – or nuclear arms fired from the land, sea and air – India last tested the Agni-4 in 2018, while a launch for the newer and shorter-range Agni Prime was carried out in late 2021. 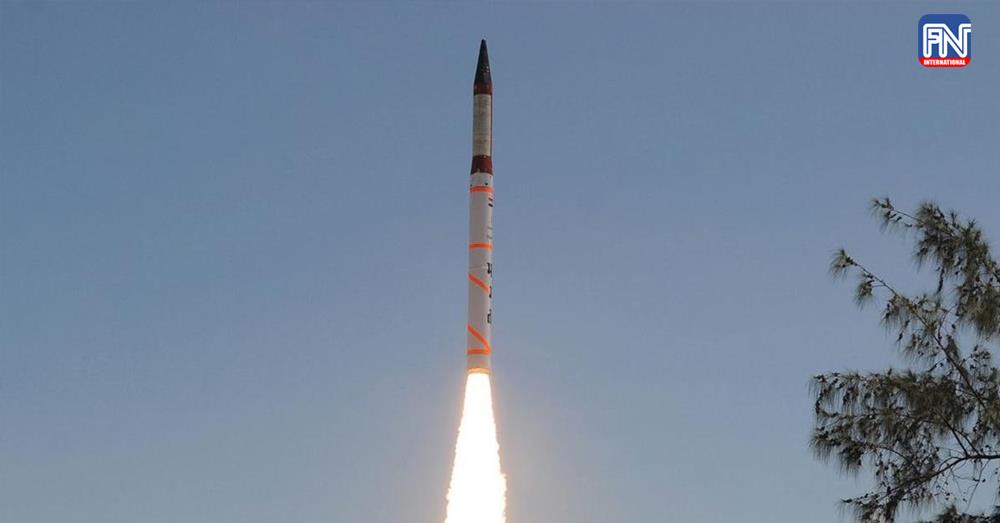