Korosi was elected by acclamation at a General Assembly plenary session, as his candidacy was not contended.

He will take up the new post in September 2022, to succeed current General Assembly President Abdulla Shahid of the Maldives.

In his speech to the General Assembly after the election, Korosi listed five priorities for his presidency: stand firm on the basic principles of the UN Charter; make significant and measurable progress in sustainability transformation; aim at integrated and systemic solutions; enhance the role of science in decision-shaping; and increase solidarity to better tackle the crises the world is to face.

"We are living in global, multiple and interlinked crises of food, energy, and debt while water crises look like becoming the next imminent threats," he said.

With global supply shortages and soaring prices, 49 million people in 43 countries are already at emergency levels of hunger. Due to continuous climate emergencies, oceans have never before been as acidic and warm as in 2022, with sea levels setting a record. Biodiversity losses equally are at unprecedented intensity, he said.

Global conflicts have never been this fierce since the end of the last century. Some 303 million people are in urgent need of humanitarian aid and protection in 69 countries. The Ukraine conflict is adding new dimensions to these ominous challenges, he said.

"By electing me, you have reconfirmed the assessment that the geopolitical risks and those stemming from the unsustainable way of our development have started to merge and reinforce each other. Together with the war in Ukraine and other armed conflicts elsewhere, they create a perfect storm and unprecedented instability for the years to come," said Korosi.

"Therefore, we should seek integrated solutions to the systemic challenges. There is no way back to the old normal. The only way out of the current predicament is through continued reforms and transformation of this organization and strengthening our cooperation. We must do much better on delivering on our jointly agreed goals, commitments, and pledges," he said.

Shahid, the current General Assembly president, congratulated Korosi on his election and said Korosi brings with him "a wealth of knowledge and experience" from his almost 40 years serving his country as a diplomat.

Korosi, born in 1958, currently serves as director for environmental sustainability at the Office of the President of Hungary. He began to work for the Hungarian Foreign Ministry in 1983. Among his many overseas posts, Korosi served as Hungarian ambassador to Greece between 2002 and 2006, and Hungary's permanent representative to the United Nations between 2010 and 2014.

Korosi attended college in the former Soviet Union and later studied in Israel, Britain and the United States. Apart from his mother tongue, Korosi speaks Arabic, English, French and Russian.

In his remarks, UN Secretary-General Antonio Guterres said the 77th session of the General Assembly can be a moment of transformation - a time to recalibrate multilateralism and strengthen the foundations of global cooperation. 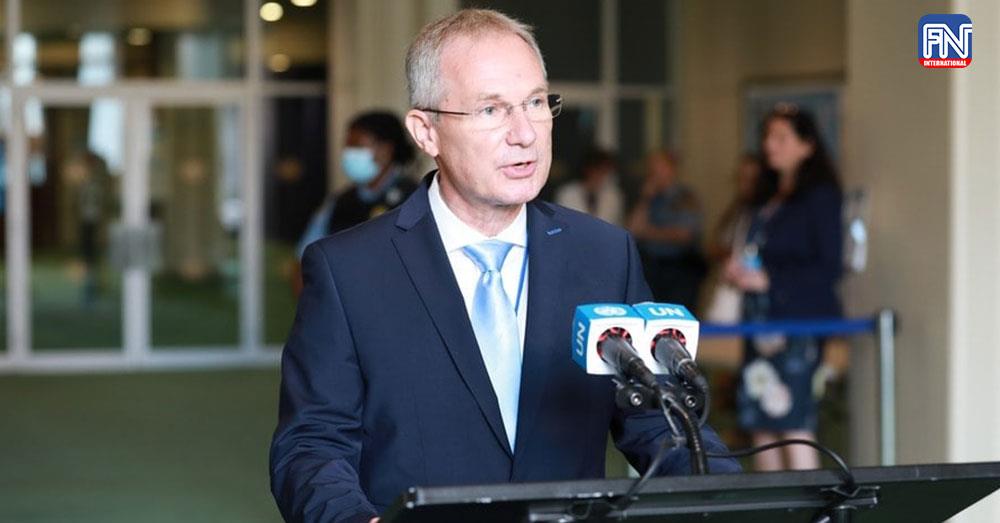