UNITED NATIONS, June 8 (Reuters) - The United States on Wednesday questioned whether China and Russia had elevated their "no limits" strategic partnership above global security by vetoing more U.N. sanctions on North Korea over its renewed ballistic missile launches.

"We hope these vetoes are not a reflection of that partnership," senior U.S. diplomat Jeffrey DeLaurentis told a meeting of the 193-member U.N. General Assembly in response to the vetoes in the Security Council two weeks ago.

"Their explanations for exercising the veto were insufficient, not credible and not convincing. The vetoes were not deployed to serve our collective safety and security," said DeLaurentis, addressing the assembly after China and Russia.

China and Russia declared a "no limits" partnership in February, nearly three weeks before Russia began its invasion of Ukraine. Their vetoes on North Korea publicly split the U.N. Security Council for the first time since it started punishing Pyongyang with sanctions in 2006.

"China's vote against the U.S.-tabled draft resolution was entirely reasonable and justified," Wu said. "Continuing to increase the sanctions against DPRK (North Korea) would only make the likelihood of political solution even more remote."

The Russian U.N. mission did not immediately respond to request for comment on the U.S. remarks.

North Korea has carried out dozens of ballistic missile launches this year, including intercontinental rockets commonly known as ICBMs, after breaking a moratorium on tests that it self-imposed in 2018 after leader Kim Jong Un first met then-U.S. President Donald Trump.

The United States has warned that North Korea is preparing to conduct a seventh nuclear test, and says it will again push for U.N. sanctions if it takes place.

Earlier on Wednesday in his speech to the General Assembly, China's U.N. Ambassador Zhang Jun blamed a "flip-flop of U.S. policies" for a renewed escalation of tensions, pushing Washington to take action.

"There are many things that the U.S. can do, such as easing sanctions on the DPRK (North Korea) in certain areas, and ending joint military exercises (with South Korea). The key is to take actions, not just talk about its readiness for dialogue with no preconditions," said Zhang.

DeLaurentis said Washington was "more than prepared to discuss easing sanctions to achieve the complete denuclearization of the Korean Peninsula." He said the United States has repeatedly tried to restart talks, sending public and private messages, but had not received a response.

North Korea defended its development of ballistic missiles and nuclear weapons as protection against "direct threats" from the United States. DeLaurentis said Pyongyang's missile launches and nuclear tests were unprovoked.

"The measures that the DPRK is taking for bolstering national defense capabilities are an inevitable choice to cope with the hostile threats of the U.S. within the scope of self-defense rights," North Korea's U.N. Ambassador Kim Song told the General Assembly. 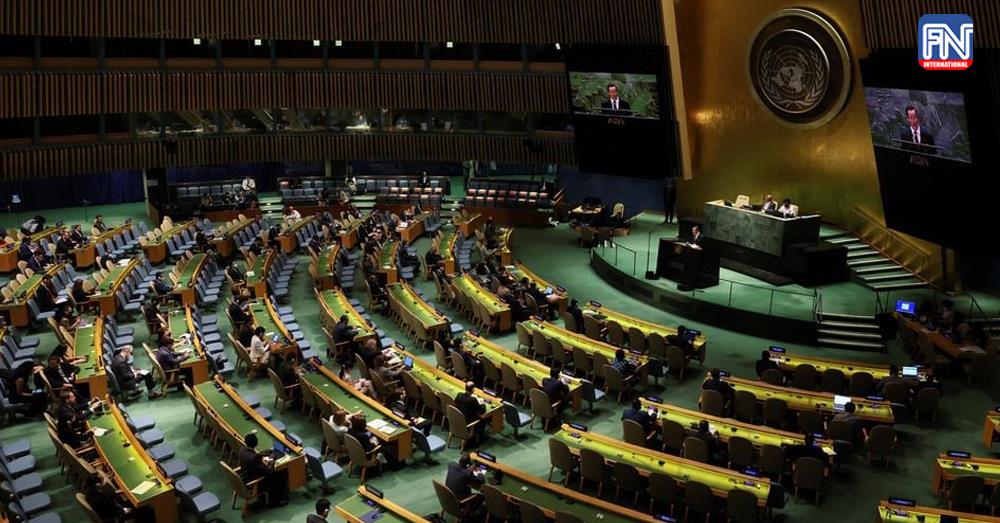