UNITED NATIONS, June 8 (Xinhua) -- A Chinese envoy on Wednesday called on the United States to take meaningful, concrete actions to relieve tensions on the Korean Peninsula.

The current situation on the Korean Peninsula has become tense. It must be pointed out that the situation has developed to what it is today primarily due to the flip-flop of U.S. policies, its failure to uphold the results of previous dialogue, and its disregard for the reasonable concerns of the Democratic People's Republic of Korea (DPRK). This is an undeniable fact, said Zhang Jun, China's permanent representative to the United Nations.

"Where the situation goes from here will depend, to a large extent, on the actions of the United States, and the key lies in whether the United States can face up to the crux of the problem, demonstrate a responsible attitude, and take meaningful, concrete actions," he told a UN General Assembly debate on the Korean Peninsula issue.

Under the current circumstances, all parties should remain calm, exercise restraint, and avoid any action that could escalate tensions and lead to miscalculation, he said.

To fundamentally resolve the Korean Peninsula issue requires following the general direction of political settlement, dialogue, and consultation, he said.

Historical experience shows that dialogue and consultation are the only viable way to resolve the issue. When dialogue advanced smoothly, positive progress was made; when dialogue was stalled or even backtracked, tensions on the peninsula escalated. Since the DPRK took denuclearization measures in 2018, the U.S. side did not reciprocate, did not address the DPRK's legitimate and reasonable concerns, nor did it demonstrate the necessary sincerity for resolving the issue, said Zhang.

There are many things the United States can do, such as easing sanctions on the DPRK in certain areas and ending joint military exercises. The key is action, not just talk about readiness for dialogue with no preconditions, he said. 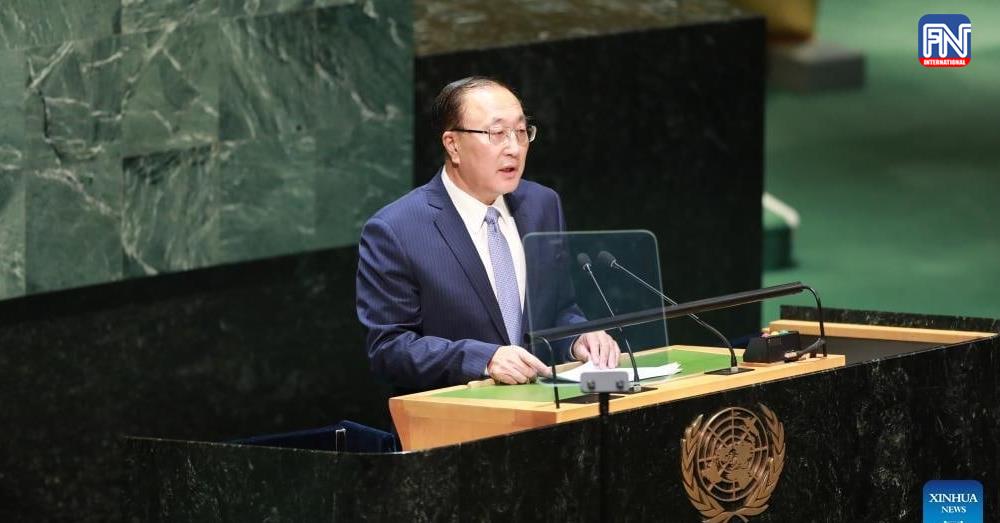