KYIV, June 8 (Reuters) - Ukrainian forces pulled back to the outskirts of the eastern city of Sievierodonetsk on Wednesday in the face of a fierce Russian assault, the regional governor said, another big swing in momentum in one of the bloodiest battles of the war.

Russia has concentrated its troops and firepower on the small industrial city in recent weeks to secure the surrounding province on behalf of separatist proxies. Ukraine has vowed to fight there for as long as possible, saying the battle could help shape the war's course.

After announcing a surprise counter-attack last week, the governor of the surrounding Luhansk region said on Wednesday that most of the city was again in Russian hands.

"...Our (forces) now again control only the outskirts of the city. But the fighting is still going on," Serhiy Gaidai told the RBC-Ukraine media outlet.

Ukrainian forces still controlled all of the smaller twin city Lysychansk on the west bank of the Siverskyi Donets River but Russian forces were destroying residential buildings there, Gaidai said in an online post.

Russia's troops have 10 times more equipment than Ukrainian troops in some parts of Sievierodonetsk, Ukraine's defence ministry said. Ukraine wants its Western allies to accelerate delivery of arms, warning that Russia could break through its lines in the east.

"We are defending our positions and inflicting significant losses on the enemy. This is a very fierce battle, very difficult, perhaps one of the hardest of this war," Ukrainian President Volodymyr Zelenskiy said in an evening address.

"(In) many respects, the fate of the Donbas is being decided there," Zelenskiy added.

Reuters could not independently verify the situation on the ground in Sieverodonetsk.

Moscow says it is engaged in a "special military operation" to disarm and "denazify" its neighbour. Ukraine and its allies say Moscow has launched an unprovoked war of aggression, killing thousands of civilians and flattening cities.

United Nations figures show more than 7 million people have crossed the border from Ukraine since Russia invaded on Feb. 24. 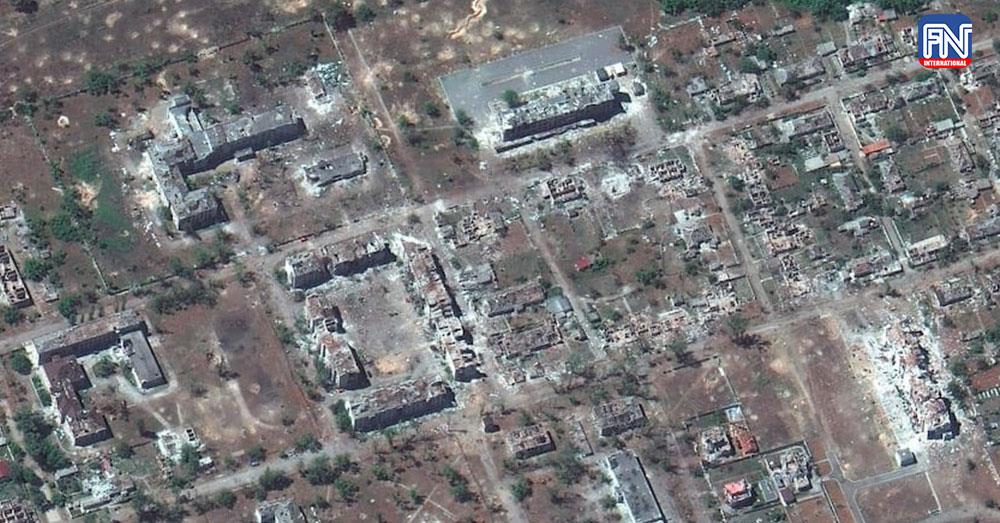