The MV-22 Osprey, belonging to the 3rd Marine Aircraft Wing, went down in a desert area near Glamis, California, Maj. Mason Englehart confirmed to CBS News. The crash occurred at around 12:25 p.m. local time.

The aircraft was carrying five Marines, Englehart said, but he could not immediately confirm the total number of people aboard, including the crew, or whether there were fatalities or injuries.

The U.S. Marine Corp tweeted Wednesday night that it was "awaiting confirmation" on the "status" of the five Marines.

"We ask for the public's patience as we work diligently with first responders and the unit involved to identify what occurred this afternoon," it wrote.

Installation Federal Fire and Imperial County Fire Department responded to the crash, Naval Air Facility El Centro said, adding that "contrary to initial reports, there was no nuclear material on board the aircraft."

Glamis is located in rural Imperial County, about 50 miles north of the U.S.-Mexico border.

The cause of the crash was not clear.

The Osprey is a tiltrotor aircraft used to move troops and supplies, according to the Marines. It can take off and land like a helicopter, but can also fly like a plane. 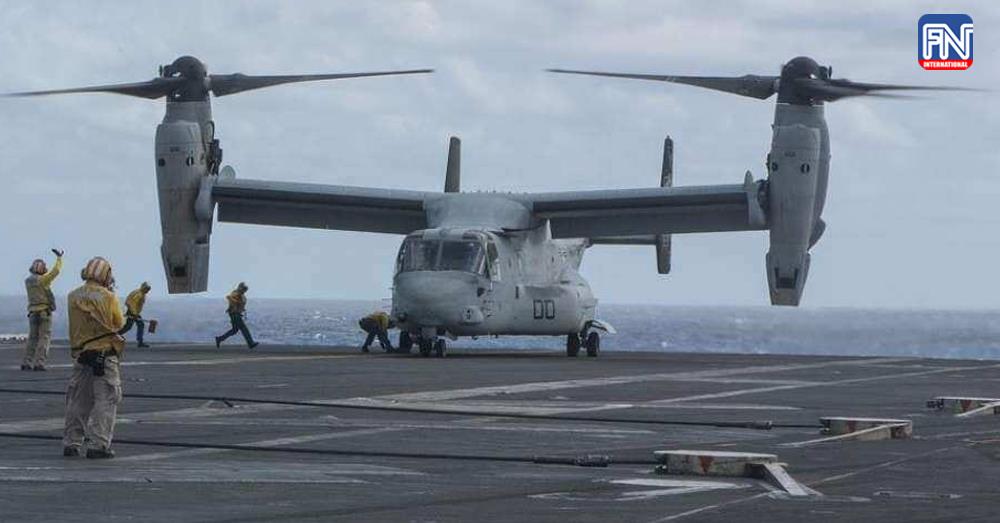