RIYADH, June 13 (AFP) - Saudi Arabia said on Monday (Jun 13) it would no longer require masks in most enclosed spaces, further easing pandemic restrictions ahead of next month's haj pilgrimage.

The move comes as the kingdom prepares to welcome around 850,000 pilgrims from abroad to participate in the annual haj. The first batch of foreign pilgrims since before the COVID-19 pandemic began arriving from Indonesia just over a week ago.

Masks will still be required in Mecca's Grand Mosque, which surrounds the Kaaba, towards which Muslims pray, and the Prophet's Mosque in Medina, where Prophet Mohammed is buried, according to a report published on Monday by the official Saudi Press Agency, citing an interior ministry source.

Beyond those stipulations, "masks are no longer required to be worn in closed places", although owners of establishments can insist they be worn if they wish, the report said.

The kingdom also no longer requires people to show proof of vaccination on an application when seeking entry to enclosed spaces.

Both mask-wearing and use of the application have been sparsely enforced in recent months.

The COVID-19 pandemic has hugely disrupted Muslim pilgrimages, which are usually key revenue earners for the kingdom, bringing in some US$12 billion annually.

One of the five pillars of Islam, the haj must be undertaken by all Muslims who have the means at least once in their lives.

It consists of a series of religious rites that are completed over five days in Islam's holiest city, Mecca, and surrounding areas of western Saudi Arabia.

Hosting the pilgrimages is a matter of prestige and a powerful source of legitimacy for Saudi rulers.

In 2021, the coronavirus outbreak forced Saudi authorities to dramatically downsize the haj for a second year, and just 60,000 fully vaccinated citizens and residents of the kingdom took part.

In April, the kingdom announced it would permit one million Muslims from inside and outside the country to participate in this year's haj.

This year's pilgrimage will be limited to vaccinated Muslims under the age of 65, the haj ministry has said.

Those coming from outside Saudi Arabia, who must apply for haj visas, are required to submit a negative COVID-19 PCR result from a test taken within 72 hours of travel.

Since the start of the pandemic, Saudi Arabia has registered more than 778,000 coronavirus cases, more than 9,100 of them fatal, in a population of some 34 million. 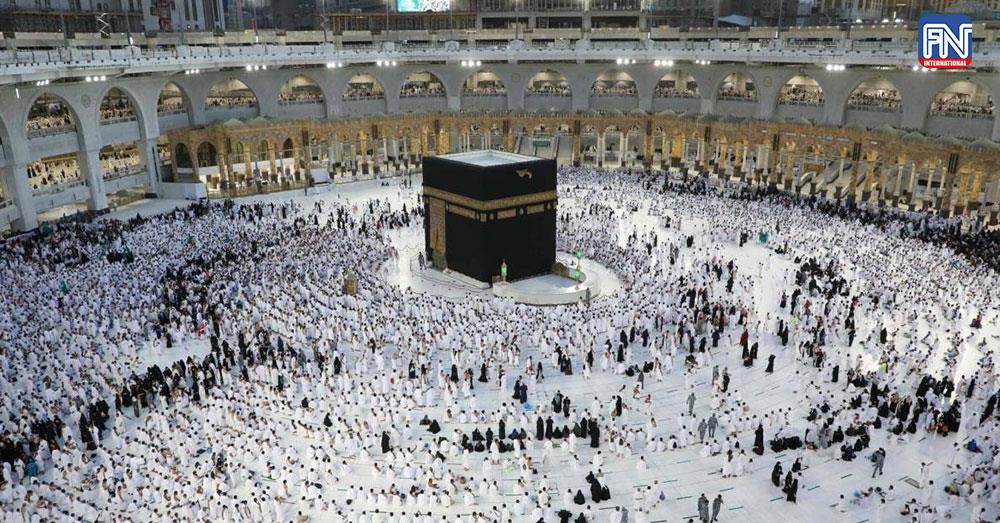