Marcos Jr to be sworn in as Philippine president, beginning new era of Marcos rule

MANILA, June 30 (AFP) - The son of the Philippines' late dictator Ferdinand Marcos will be sworn in as president Thursday (Jun 30), completing a decades-long effort to restore the clan to the country's highest office.

Ferdinand "Bongbong" Marcos Jr, 64, won last month's elections by a landslide, securing the biggest victory since his father was ousted by a popular revolt in 1986.

He succeeds the hugely popular Rodrigo Duterte, who gained international infamy for his deadly drug war and has threatened to kill suspected dealers after he leaves office.

Marcos Jr will take the oath at midday (0400 GMT) in a public ceremony at the National Museum in Manila in front of hundreds of local and foreign dignitaries and journalists.

More than 15,000 police, soldiers and coast guard personnel have been deployed across the capital for the inauguration.

It comes days after the Supreme Court dismissed final attempts to have Marcos Jr disqualified from the election and prevent him taking office.

As rising prices squeeze an economy already ravaged by COVID-19, Marcos Jr has made tackling inflation, boosting growth, and ramping up food production his priorities.

He has taken the rare step of appointing himself agriculture secretary to lead the overhaul of the problem-plagued sector.

But he has offered scant detail on how he will achieve his goals or few hints about his leadership style after largely shunning media interviews.

Pro-Duterte commentator Rigoberto Tiglao wrote recently that he was "optimistic" for an "economic boom" under Marcos Jr.

Tiglao pointed to the "accomplished academicians" on Marcos Jr's economic team and the support of "powerful magnates" who will be able to provide him with advice and financial support. 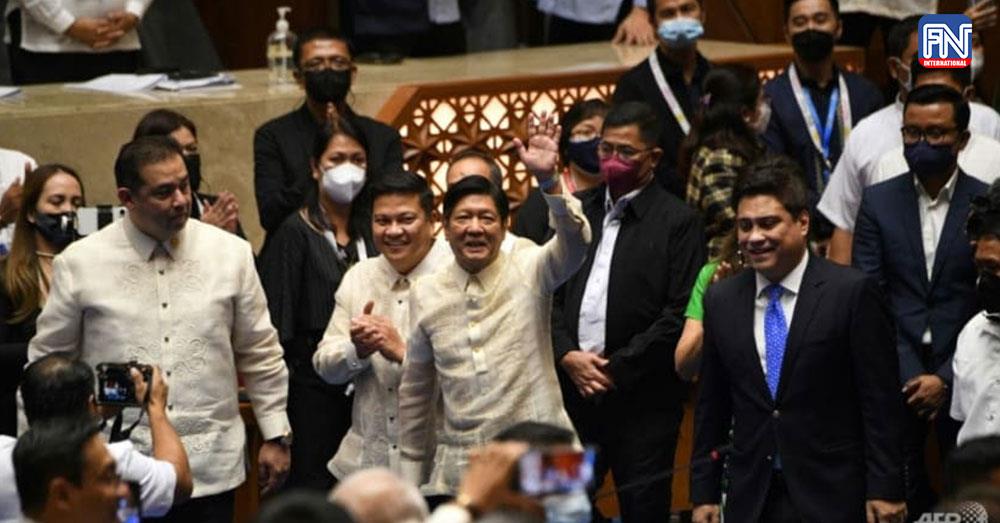