MANILA, June 30 (Aljazeera) - Ferdinand Marcos Jr, the son and namesake of the Philippines’ late dictator, has been sworn in as the country’s new president.

Marcos Jr’s inauguration on Thursday marks a stunning political comeback for one of Asia’s most famous political dynasties, 36 years after the elder Marcos was toppled and forced into exile in a popular uprising.

Known as “Bongbong”, the 64-year-old Marcos Jr won a rare landslide victory in last month’s presidential election, helped by what critics have said was a years-long campaign to whitewash his family’s image.

He succeeds Rodrigo Duterte, who gained international notoriety for his deadly drug war and has threatened to kill suspected dealers after he leaves office.

The new president, in a speech that echoed his campaign slogans of unity, promised to take the country far on his watch with policies benefiting everyone, and thanked the public for delivering what he called “the biggest electoral mandate in the history of Philippine democracy”.

“You will not be disappointed, so do not be afraid,” he said at the inauguration ceremony, surrounded by his immediate family and with his sister Imee, a senator, and 92-year-old mother Imelda, a former four-time congresswoman, seated close by.

Marcos Jr also praised his late father’s rule, but said his presidency was not about the past, but a better future.

“I once knew a man who saw what little had been achieved since independence …. but he got it done sometimes with the needed support, sometimes without,” he said. “So will it be with his son. You will get no excuses from me.”

The late Marcos ruled the Philippines for two decades from 1965, almost half of it under martial law, helping him to extend his grip on power until his overthrow and his family’s retreat into exile during the 1986 People Power Revolution. Thousands of Marcos opponents were jailed, killed or disappeared during his rule, and the family name became synonymous with cronyism, extravagance and the disappearance of billions of dollars from state coffers.

The Marcos family has rejected accusations of embezzlement.

Activists and survivors of the martial law era under his father protested against Marcos Jr’s inauguration, which took place at a noon ceremony at the steps of the National Museum in Manila. More than 15,000 police, soldiers and coast guard personnel were deployed across the capital to ensure security. 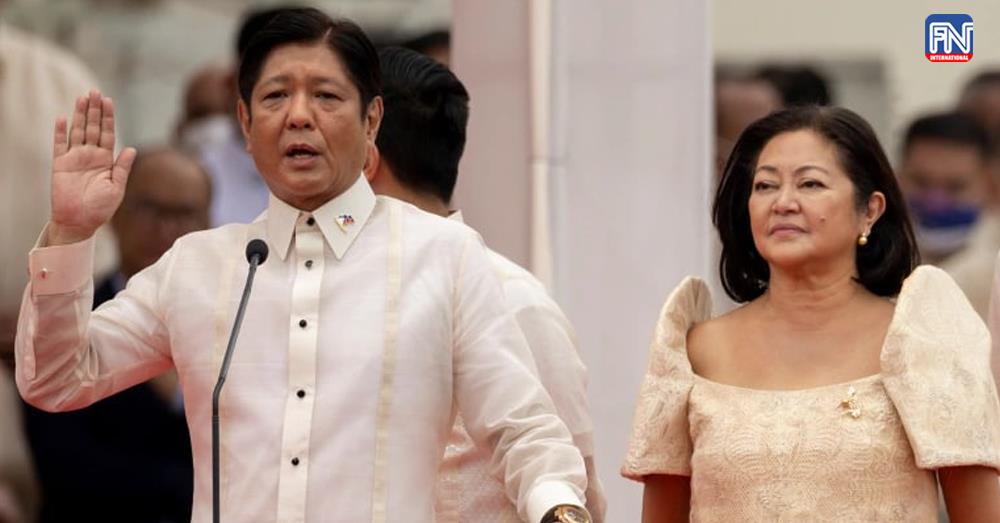