BRUSSELS, July 4 (TASS) - Finland and Sweden on Monday began and completed in one round the NATO accession talks, the accession protocols are due to be signed on July 5, NATO said in a statement circulated in Brussels.

"Finland and Sweden completed accession talks at NATO Headquarters in Brussels on Monday (4 July 2022), as agreed last week by NATO leaders at their Summit in Madrid [on June 28-30]. Both countries formally confirmed their willingness and ability to meet the political, legal and military obligations and commitments of NATO membership," it said.

"Following the completion of the talks, Allies are due to sign the Accession Protocols for Finland and Sweden at NATO Headquarters on Tuesday (5 July 2022)," the document added. "The Accession Protocols will then go to all NATO countries for ratification, according to their national procedures," it explained.

On May 18, Finland and Sweden applied to join NATO. They were supposed to receive an invitation to join at the bloc’s Madrid summit, but Turkey's veto blocked the process. On June 28, Turkish President Recep Tayyip Erdogan, Finnish President Sauli Niinisto, Swedish Prime Minister Magdalena Andersson and NATO Secretary General Jens Stoltenberg held negotiations in Madrid on the topic. As a result, Turkey rescinded its veto, and subsequently the three parties signed a memorandum paving the way for Sweden and Finland to join NATO.

In exchange, a ban on the sale of weapons to Ankara was lifted and the parties vowed to fight terrorism. Erdogan's office told TASS that Turkey considered the signed document as a result achieved by Sweden and Finland which will allow them to join the alliance. 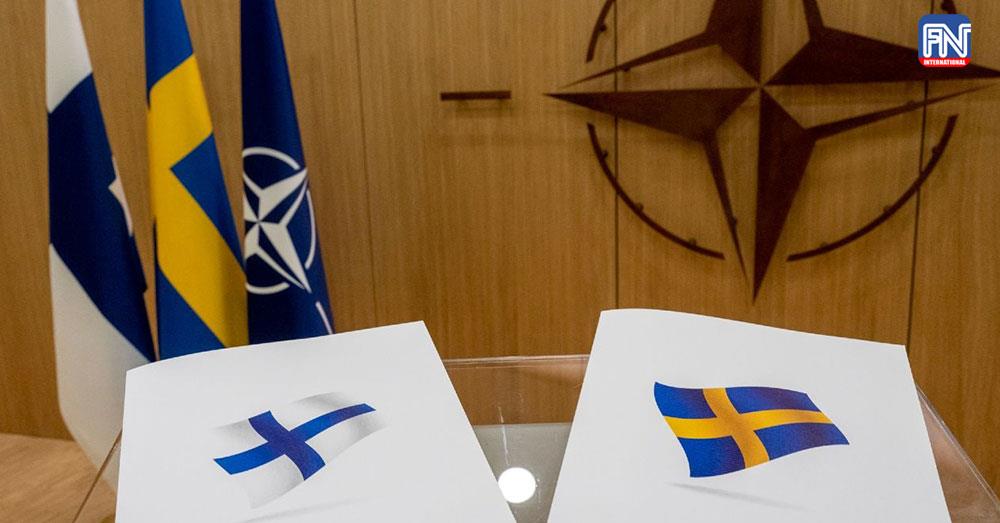