JERUSALEM, July 5 (Xinhua) -- Israeli Prime Minister Yair Lapid left on Tuesday for Paris for his first trip abroad after assuming office, where he is expected to ask for French intervention in Israel's escalating tensions with Lebanon's Hezbollah.

Lapid, who became caretaker prime minister on Friday following the collapse of the coalition government under Naftali Bennett, met his first security challenge a day after his appointment, when three Hezbollah drones flew over disputed waters in Eastern Mediterranean toward Israel's newly-installed Karish gas platform. All drones were intercepted.

"There have been repeated attacks on Israeli gas rigs," Lapid said in a statement ahead of his departure, adding he will discuss the incident with French President Emmanuel Macron.

"The Lebanese government needs to restrain Hezbollah in the wake of these attacks, or we will have to do so," he warned.

Hezbollah is an Iran-backed powerful Shiite political party and militant organization in Lebanon.

The incident came amid a dispute concerning the Karish gas field located within what Israel says is its UN-recognized exclusive economic zone, or a disputed zone claimed by Lebanon.

Lapid said he will also press Macron on the Iranian nuclear talks. France is among the world powers that have been trying to restore a 2015 nuclear deal with Iran, which Israel opposes, saying it gives no guarantee of eliminating Iran's capability to secretly build nuclear weapons.

"It is important that our opinion be heard at this time against this dangerous agreement," the Israeli leader said. 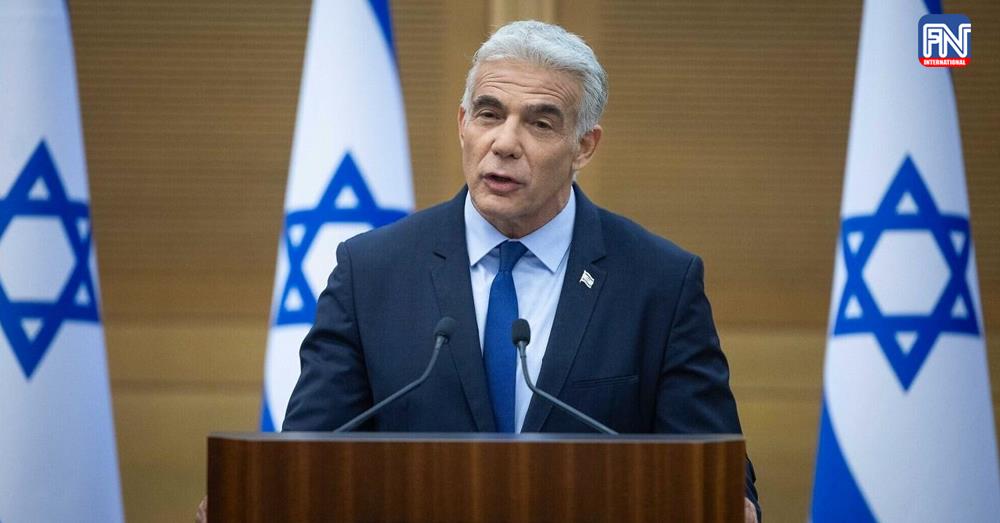