WASHINGTON, July 5 (Reuters) - US Secretary of State Antony Blinken will call on G20 nations this week to put pressure on Russia to support UN efforts to reopen sea lanes blocked by the Ukraine conflict and repeat warnings to China not to support Moscow's war effort.

Blinken heads to Asia on Wednesday (Jul 6) for a meeting of Group of 20 foreign ministers in Bali on Friday. His trip will include his first meeting with Chinese counterpart Wang Yi since October, but no meeting is expected with Russian Foreign Minister Sergei Lavrov.

Analysts foresee a contentious G20 ministerial in which Washington and its allies blame Moscow for global food shortages since its Feb 24 invasion of Ukraine, a major grain exporter, while Russia, also a major exporter, blames US-led sanctions.

Ramin Toloui, assistant secretary of state for economic and business affairs, told reporters Blinken would raise energy security and a UN initiative to try to get Ukrainian and Russian foodstuffs and fertiliser back to global markets.

"G20 countries should hold Russia accountable and insist that it support ongoing UN efforts to reopen the sea lanes for grain delivery," he said. "Whether that happens at the level of the G20, or the level of individual G20 countries, that's an important point that Secretary Blinken will make," he said.

Ukraine, which accuses Russia of blocking movement of its ships, said this week it is holding talks with Turkey and the United Nations to secure guarantees for grain exports.

Russia denies it is blocking any movement of grain and says Ukraine is to blame for the lack of movement, partly because of what it says are mining operations in its ports.

The top US diplomat for East Asia, Daniel Kritenbrink, said he expected a "candid" exchange on Ukraine in Blinken's talks with China's Wang, which are expected on Saturday.

"This will be another opportunity ... to convey our expectations about what we would expect China to do and not to do in the context of Ukraine," he said.

Shortly before Russia's invasion of Ukraine, Beijing and Moscow announced a "no limits" partnership. But US officials have said they have not seen China evade US-led sanctions on Moscow or provide military equipment to Russia.

China, however, has refused to condemn Russia's actions and has criticised the sweeping sanctions. US officials have warned of consequences, including sanctions, should China start offering material support for Russia's war effort.

Washington calls China its main strategic rival and is concerned it might one day attempt to take over by force the self-ruled democratic island of Taiwan, just as Russia attacked Ukraine.

Kritenbrink said it was "absolutely critical" to maintain open lines of communication with Chinese counterparts "to ensure that we prevent any miscalculation that could lead inadvertently to conflict and confrontation."

The meeting with Wang will be the latest high-level contact between US and Chinese officials.

Despite the all-round strategic rivalry between Washington and Beijing, the world's two largest economies remain major trading partners. President Joe Biden has been considering scrapping tariffs on a range of Chinese goods to curb surging US inflation before the November midterm elections, with the control of Congress in focus.

The White House said on Thursday it is still looking at options on whether to cut tariffs on Chinese imports, even as industry requests to keep the duties in place mounted.

Lavrov and Blinken have not met since before Moscow's Ukraine invasion, and Washington and its allies have been backing Kyiv with weapons supplies.

US State Department spokesman Ned Price said now is not the right time for another meeting. "We would like to see the Russians be serious about diplomacy. We have not seen that yet," he said. 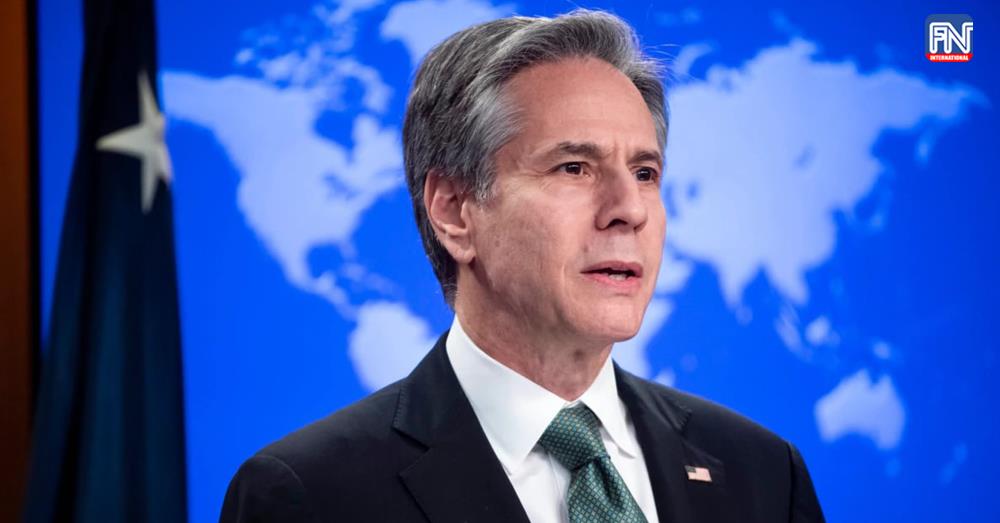