SLOVIANSK, July 5 (Reuters) - Russian forces struck targets across Ukraine's eastern Donetsk region on Tuesday (Jul 5), a day after President Vladimir Putin declared victory in the neighbouring province of Luhansk after months of gruelling attritional warfare in which both sides lost many men.

Donetsk and Luhansk comprise the Donbas, the industrialised eastern part of Ukraine that has seen the biggest battle in Europe for generations. Russia says it wants to wrest control of the entire Donbas from Ukraine on behalf of Moscow-backed separatists in two self-proclaimed people's republics.

After Russian forces on Sunday took control of Lysychansk, the last bastion of Ukrainian resistance in Luhansk, Ukrainian officials said they now expect Moscow to focus its efforts especially on the cities of Sloviansk and Kramatorsk in Donetsk.

A Reuters reporter on the scene saw yellow smoke billowing from an auto supplies shop, and flames engulfing rows of market stalls as firefighters tried to extinguish the blaze.

Earlier, Kyrylenko had said Sloviansk and nearby Kramatorsk had suffered heavy shelling overnight. "They are now also the main line of assault for the enemy," he said. "There is no safe place without shelling in the Donetsk region." 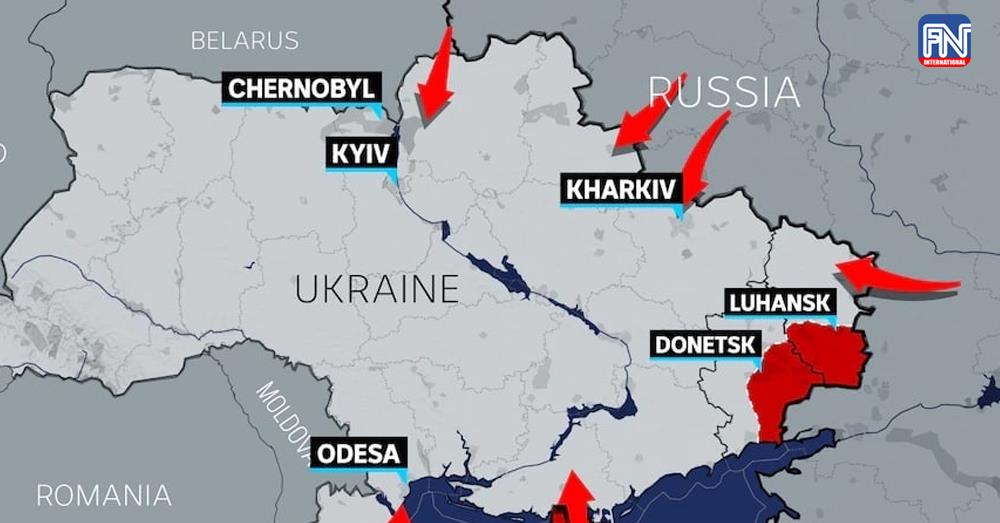