PARIS, July 5 (Reuters) - France urged Israel’s new prime minister, Yair Lapid, on Tuesday (Jul 5) to restart peace talks with the Palestinians, but Lapid played down such prospects, citing rightist elements in his caretaker government ahead of a November election.

"The people of Israel is lucky" to have Lapid as its premier, French President Emmanuel Macron said ahead of a meeting between the two leaders in Paris.

Speaking to cameras, Macron said there was "no alternative" to political dialogue to ease tensions between Israelis and Palestinians.

"I know how much you can mark history if you relaunch this process, which has been broken for too long," Macron said, adding that he believed Lapid "has what it takes" to succeed.

Lapid, a secularist and centrist, has long argued that restarting talks on Palestinian statehood that stalled in 2014 would be good for Israel’s long-time needs. But, having assumed the premiership from nationalist governing partner Naftali Bennett last year, he inherited a coalition that includes hawks opposed to ceding occupied land to the Palestinians.

"We spoke about the Palestinian issue, but it wasn’t the major part of the discussion," Lapid told reporters in a briefing after his meeting with Macron.

"The government make-up remains what it is and the limitations remain what they are," he said, adding that the French "have a full understanding of this" although their questions were "totally legitimate."

Lapid said he did not rule out a meeting with Palestinian President Mahmoud Abbas, but said it was unlikely in the coming four months - a reference to the Nov 1 election.

"I don’t hold meetings for the sake of holding meetings. They should have positive prospective outcomes for Israel. That is not the situation right now," he said.

Regarding Jewish settlements on West Bank land, a major Palestinian grievance in the decades-old conflict, Lapid said his policy was to allow their build-up to accommodate "natural growth" - a reference to expanding resident families.

Israel will not build new settlements, he added. 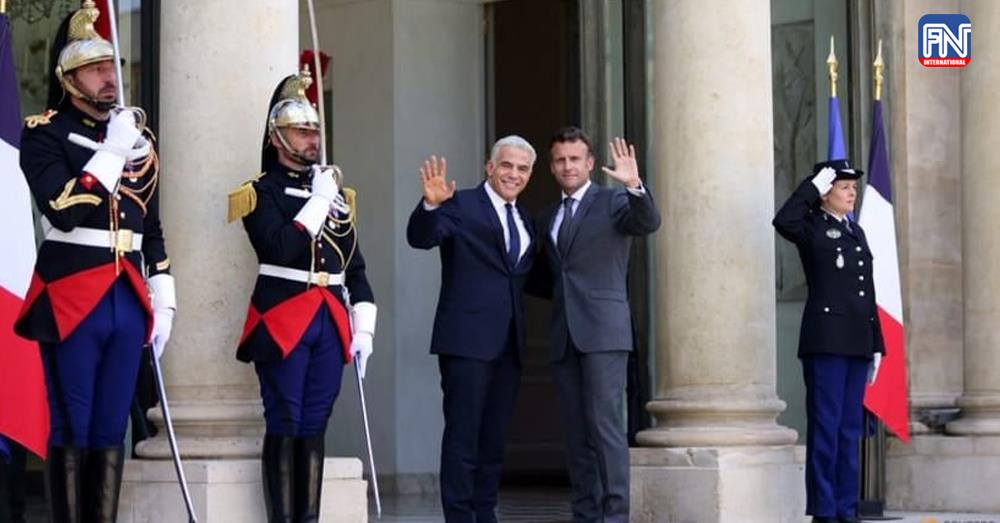