MANILA, July 6 (Reuters) - China's foreign minister said on Wednesday Beijing was ready to work with new Philippines President Ferdinand Marcos Jr to help usher in what he called a "new golden era" in the countries' relationship.

That relationship "turned a new page" with the election of Marcos, said Wang Yi, who is visiting Southeast Asia at a time when Philippines ally the United States is seeking to boost its influence in the region.

"We highly appreciate President Marcos' recent commitment to pursuing friendly policy towards China and we speak highly of these recent statements that have sent out a very positive signal to the outside world," Wang said in a meeting with his Philippines counterpart, Enrique Manalo.

Many analysts saw the election of Marcos, the son of the late strongman ousted in a 1986 uprising, as more favourable to China than the United States, but the new president has been clear in public statements that close ties with Beijing will not be at the expense of sovereignty.

China's assertiveness and conduct in waters off the Philippines has long been a source of diplomatic tension, but Marcos on Tuesday said he wanted their relationship to be about more than a maritime dispute.

Wang said China was one with Marcos in his desire to deepen and strengthen ties.

"We are ready to work towards that same direction with the Philippines and to plan for our cooperation going forward in all areas," Wang said.

"I'm confident that with the two sides working together, we can surely open a new golden era for the bilateral relationship."

Marcos has a tricky balancing act in boosting business ties with China while maintaining a close relationship with defence ally the United States, a former colonial power that still holds considerable sway among the military and the public. 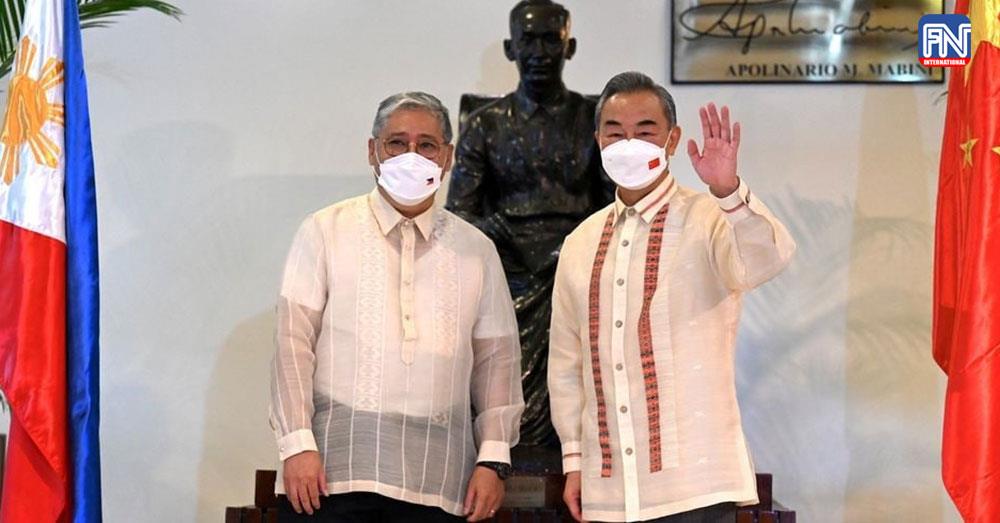