TAITUNG, July 6 (Reuters) - Taiwan's air force showed off its new locally designed and made jet trainer on Wednesday (Jul 6), touting the more advanced, combat-capable abilities of the aircraft that will replace ageing and accident-prone existing equipment.

Taiwan's armed forces are mostly equipped by the United States, but President Tsai Ing-wen has made development of an advanced home-grown defence industry a priority, especially as China, which claims the island as its own, steps up military modernisation efforts and drills near Taiwan.

The new AT-5 Brave Eagle, made by state-owned Aerospace Industrial Development Corp with a budget of T$68.6 billion (US$2.3 billion), had its first test flight in 2020.

It is Taiwan's first jet made domestically since the F-CK-1 Ching-kuo Indigenous Defence Fighter, or IDF, rolled out more than three decades ago, and the two jets look similar and have similar capabilities.

Three Brave Eagle's roared into the air at the Chihhang air base in Taitung on Taiwan's east coast, in a show of its prowess in front of reporters.

Flight training officer Chang Chong-hao said the Brave Eagle was suitable for both air-to-air and air-to-ground combat training purposes, and can land and take off using a shorter amount of runway.

"So it helps give the students more space to deal with some unforeseen situations."

The Brave Eagle trainer can be equipped with weapons, though that remains in the testing phase, and the plane is designed to have a support function in time of war.

"We're not involved in the armaments part, those tests are up to the manufacturer ADIC," said air force officer Huang Chun-yuan. "Our main mission at the moment is general conversion training and tandem flying."

Taiwan's air force plans on taking 66 units by 2026 to replace aging AT-3 and F-5 training aircraft, which have suffered a series of crashes in recent years. An AT-3, a model that first flew in 1980, crashed in May, while three F-5s have crashed in the past year or so.

The F-5s first entered service in Taiwan in the 1970s, though are no longer front line combat aircraft. 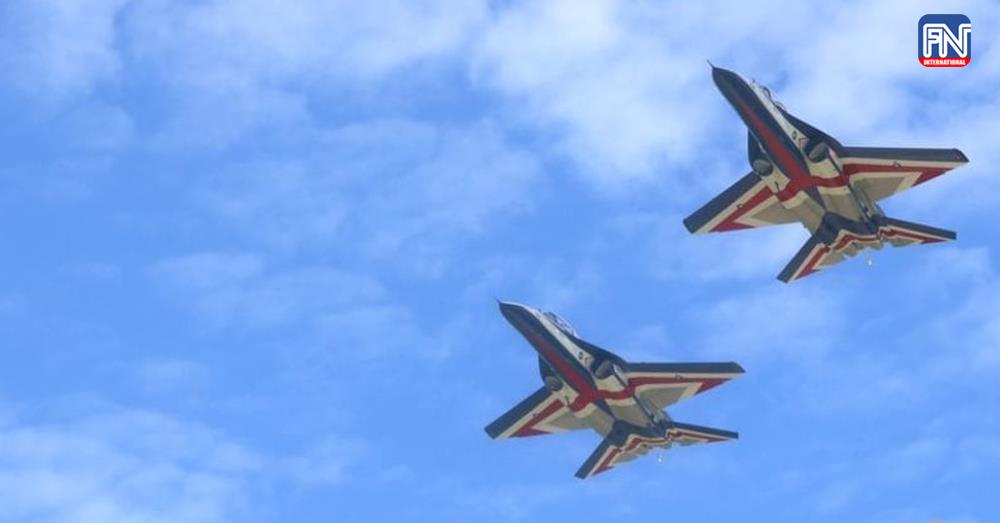