WELLINGTON, Sep 10 (Aljazeera) - Five people are reported to have died after a boat in New Zealand capsized, reportedly after a collision with a whale, local media reported.

Eleven people were on board the vessel when it overturned and five bodies were later recovered by emergency services workers, RNZ reported, citing local police. Six people were rescued.

“Police said the boat overturned after a ‘collision’, but could not confirm what it collided with,” the broadcaster reported.

Kaikoura’s Mayor Craig Mackle told The Associated Press news agency that the sea was calm at the time of the accident and the assumption was that a whale had surfaced from beneath the boat and flipped it.

Mackle said there were sperm whales in the area and also some humpback whales travelling through at the time.

The boat that capsized had been chartered by a group of women.

Kaikoura is a popular whale-watching destination. The seafloor drops away precipitously from the coast, making for deep waters close to the shore.

A number of businesses in the area offer boat trips or helicopter rides so tourists can see whales, dolphins and other sea creatures up close.

Police said in a statement they were responding to an incident in which a boat had reportedly capsized and they had closed off a boat ramp from public use.

They did not immediately provide further details.

RNZ said that a Maritime New Zealand inspector is travelling to the town to participate in the investigation. 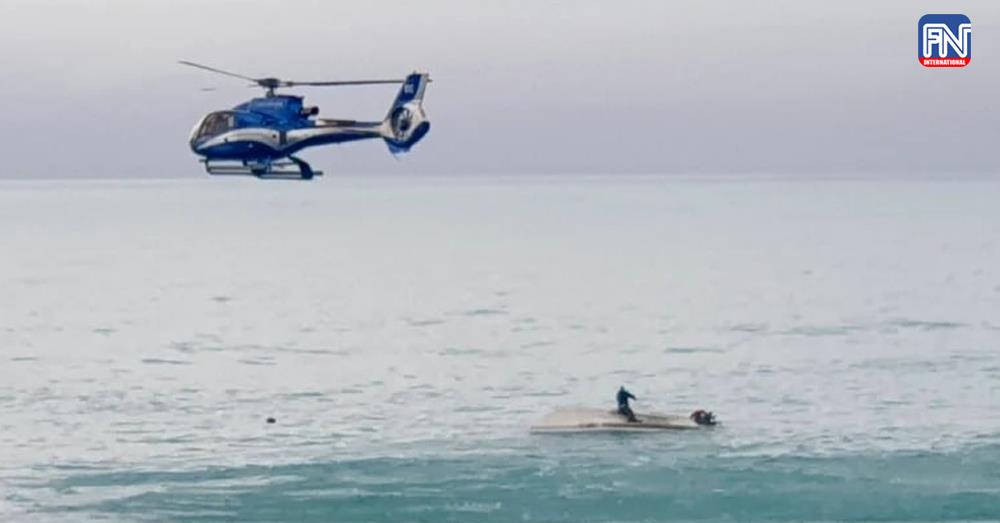