WELLINGTON: Five people are dead after a boat flipped over in waters off of New Zealand's South Island on Saturday (Sep 10), with "indications" the vessel capsized after colliding with a whale.

The boat, which had 11 people on board, mostly from a bird-watching group, overturned in calm waters soon after 10am at Goose Bay, about 15km south of Kaikoura, according to local officials.

A rescue operation that spanned nearly seven hours ended when a police dive squad recovered five bodies from inside the vessel.

Media reports said the skipper of the boat had survived.

Earlier, images on social media showed survivors waving for help on the upturned hull of the 8.5m boat, which police confirmed belonged to a local charter business.

Kaikoura mayor Craig Mackle told AFP there were "indications" the boat had collided with a whale, however police would not comment on that possibility as their investigation continued.

"The information we have at the moment is it appears to be a collision. With what, we don't know at this stage," Kaikoura Police Sergeant Matt Boyce told a press conference.

"This is an unprecedented event that has occurred, involving significant response from emergency services and members of the public." 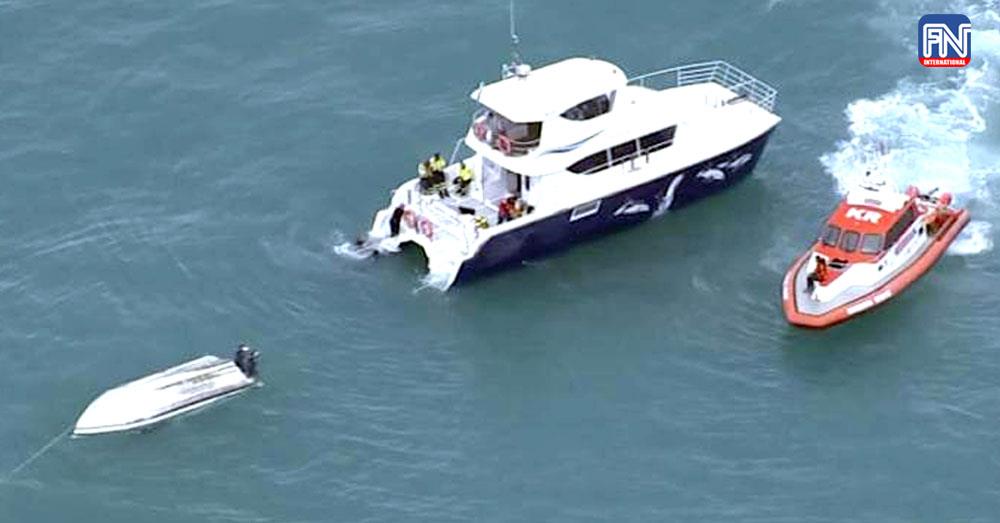