PARIS, Sept 11 (Reuters) - The presidents of Russia and France held talks on Sunday regarding safety at the Zaporizhzhia nuclear plant in Ukraine, with Vladimir Putin blaming Ukrainian forces while Emmanuel Macron pointed the finger at Russian troops.

Conditions at Europe's biggest nuclear power plant continue to cause global concern. Russia and Ukraine accuse each other of shelling around the Zaporizhzhia plant and thereby risking a catastrophic release of radiation.

Separate readouts from Russia's Kremlin and the French leader's Elysee Palace highlighted the difficulties in trying to find an accord to ensure safety at the site.

"The Russian side drew attention to regular Ukrainian attacks on the plant's facilities, including radioactive waste storage, which is fraught with catastrophic consequences," said a statement published on the Kremlin's website.

It called for a "non-politicised interaction" on the matter with the participation of the International Atomic Energy Agency (IAEA).

In its statement, the French presidency said the occupation by Russian troops of the plant was what was putting it at risk.

"He (Macron) asked that Russian forces withdraw their heavy and light weapons from it (Zaporizhzhia) and that the IAEA's recommendations be followed to ensure safety at the site," the Elysee said.

The IAEA has called for a security zone to be established around the site.

On Sunday, the agency said a backup power line to the plant had been restored, providing it with the external electricity it needs to cool its reactors and defend against the risk of a meltdown. State agency Energoatom had earlier said it halted operations at the plant as a safety step.

Macron would remain in contact with Ukrainian President Volodymyr Zelenskiy "as well as the director general of the IAEA, and will speak again in the coming days with President Putin so that an accord to guarantee security at the power plant can be found," the Elysee said. 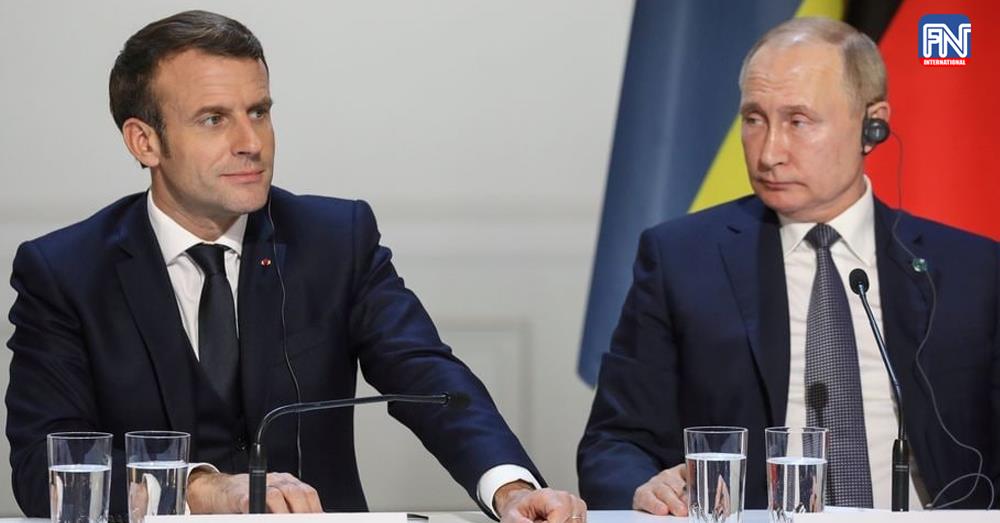